As public awareness grows for climate change and its effects, scientists look at how gene-editing technologies can create environmental and animal welfare benefits, and sustainability 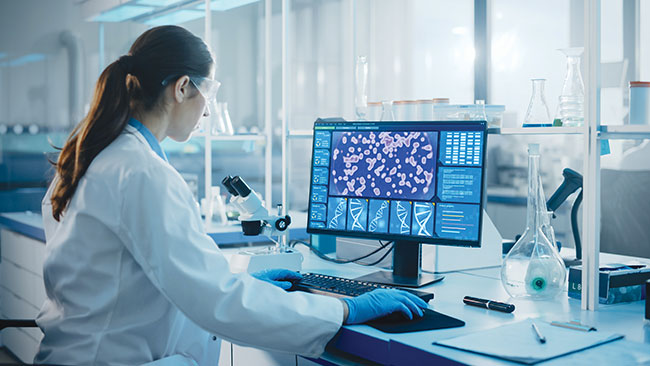 Gene editing, genetic engineering, and many other forms of reproductive technology will play a major part in putting food on our dinner tables in the future, according to leading Scottish scientist professor Bruce Whitelaw, interim director of Edinburgh’s Roslin Institute.

Speaking on the 25th anniversary of the creation of Dolly the sheep, the first animal to be cloned from an adult cell, Whitelaw was asked what direction he thought breeding technologies will take over the next 25 years. His answer was ambitious and positive and in no way apologetic, concerning the role that advanced science will play in relation to the future of food production.

“We will see products on our plates that have come from farmed species that have had some form of genetic engineering or reproductive technology applied to them,” he said. “And we will be better as a society for it.”

His argument is that the fish and meat species of the future will be healthier than they are today and will be better equipped to address the climate change and disease concerns, which are currently causing the general public so much anxiety.

Whitelaw’s comments followed the signing of an agreement by his Institute to apply its proven gene editing techniques to fight a major pig disease. Already renowned for its work across many livestock species, Roslin’s gene editing prowess also embodies a strong aquaculture content. 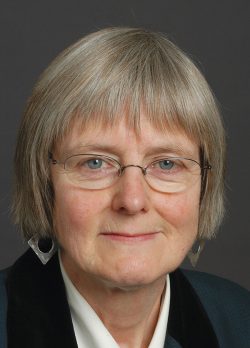 “We have made good scientific progress in our research relating to genome editing,” professor Ross Houston, Roslin’s chair of Aquaculture Genetics, told Hatchery International. “It is difficult, however, to say when this technology will be commercially available for aquaculture use, and under what procedures.”

While Roslin’s cloning breakthrough was 25 years ago, the question of what is and isn’t acceptable for commercial application, remains subject to debate. The government in the United Kingdom (UK), for example, launched a public consultation in January, asking anyone who wishes to respond, what regulations should be applied to gene-editing technologies. The process gathered 6,444 responses, all body of opinion which is still being ‘analysed’, according to the government’s consultations website.

“It was a useful process towards taking a scientific approach to the regulation of gene editing technologies, with regards to its risks and benefits,” said Houston. “The timeframe for any changes to regulation, and therefore use, remains uncertain.

“What we can say at present is that breeding and production companies, especially for salmon, are buying into research and development projects which are using gene editing technology. This suggests they see it as a potential avenue for future commercial application.

“Our view is that the early application of such technology should be for an edit that has significant environmental and animal welfare benefits, in addition to benefits relating to sustainable production.”

A good example of Roslin’s ambition in this area is illustrated by the Institute’s recently-received funding for two large projects, each of which includes the potential of using gene editing technology to improve resistance to sea lice in salmon. Current research in this area embraces the idea of harnessing cross-species mechanisms to achieve resistance, following an approach which is based on the fact that certain Pacific salmon species are naturally almost completely resistant to lice.

Even if rapid progress is made during these two projects, however, it could be quite a while before the results will be commercially available to salmon hatcheries. After all, Roslin’s hugely impressive gene-editing success in relation to disease-resistant pigs, is still at least five years away from on-farm use. That’s despite the Institute now having a development agreement with Genus, one of the world’s largest breeding companies. 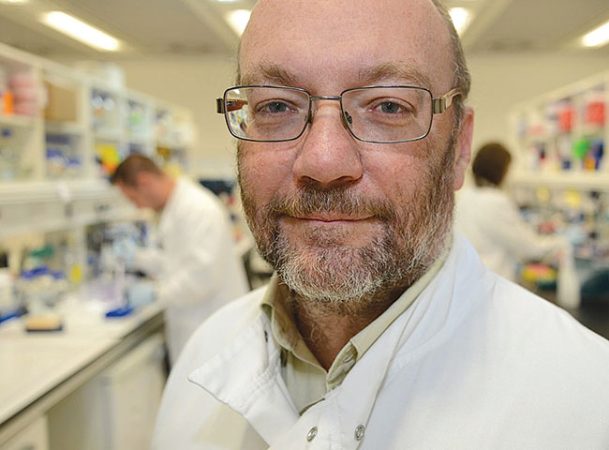 Tipping point
There is a glimmer of hope, however, that regulatory attitudes are starting to soften. That’s the view held by professor Joyce Tait, a member of the UK’s Regulatory Horizons Council (RHC), and a contributor to Roslin’s pig agreement presentations to the world’s media.

She described Britain’s development record on similar technology breakthroughs in the past, as being ‘fairly poor’ due to regulatory issues. Currently, however, she believes the global experience of producing COVID-19 vaccines so rapidly in 2020 has perhaps opened the door for a new way of regulatory thinking around the world. She certainly believes this is true in relation to the UK government.

“Perhaps we will see this same approach being extended to other areas of technology, especially with a growing public awareness that animals are also exposed to pandemic diseases,” said Tait.

“While there have obviously been public perception concerns about species modifications in the past, I believe we are witnessing a sea change in the way people think about this, again due to the COVID vaccine experience. In fact, I believe public opinion is moving ahead of government in this respect.”

All of which has left her with the view that the productive use of gene editing in relation to fish and meat production is at a ‘tipping point’, in terms of future government approval.

“We have already had multiple discussions with customers and others to help them understand what gene technology is all about,” she explained. “We’ve also been addressing international approval processes and making sure our approach is ethical and trusted as all stages.”

Back at Roslin, meanwhile, there is firm belief that once the public and regulatory landscape permits, editing technologies are likely to be used in commercial aquaculture breeding in the coming years.

“Modern selective breeding programs are both effective and sustainable, and their applications have been expanded to include a focus on improving animal welfare,” said Roslin, in its official response to the UK government’s consultation.

“However, some characteristics of farmed species are not easily improved by genetic selection. Gene-editing technologies offer new opportunities to improve traits of relevance to sustainable production, including improving species’ health and welfare, and reducing environmental impact. These new technologies have the advantage of being specific by introducing a single, planned genetic change, with reduced potential for unplanned negative effects compared to other genetic engineering technologies.”

Selective breeding programs are enabling genetic improvement of production traits, such as disease resistance, but progress is limited by the heritability of the trait and generation interval of the species. New breeding technologies, such as genome editing using CRISPR/Cas9 have the potential to expedite sustainable genetic improvement in aquaculture. Genome editing can rapidly introduce favourable changes to the genome, such as fixing alleles at existing trait loci, creating de novo alleles, or introducing alleles from other strains or species. The high fecundity and external fertilization of most aquaculture species can facilitate genome editing for research and application at a scale that is not possible in farmed terrestrial.

This is an excerpt from: Potential of Genome Editing to Improve Aquaculture Breeding and Production – co-authored by Remi L. Gratacap & Ross D. Houston, both from Roslin Institute, and Anna Wargelius &  Rolf Brudvik Edvardsen, both for the Institute of Marine Research, Bergen, Norway.
https://doi.org/10.1016/j.tig.2019.06.006

Related
Editing the future of aquaculture
A look at new tech trends shaping aquaculture
Future outlook: An examination of how hatcheries will evolve over the next 20 years
Ozone for Atlantic Salmon production in RAS