Features Business Management Hatchery Products and Services Recirc
Future outlook: An examination of how hatcheries will evolve over the next 20 years 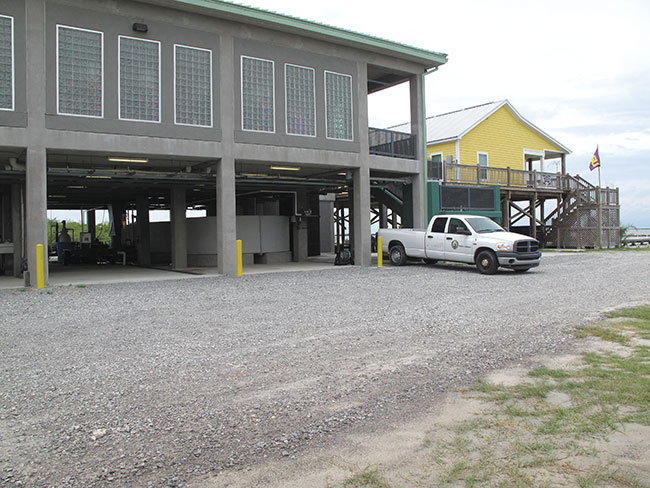 Shellfish growers remember 2007 for the death of millions of oyster larvae in the Pacific Northwest. For the global industry at large, the year is remarkable because it shone a light on how climate change could devastate coastal economies.

In the U.S., Whiskey Creek Shellfish Hatchery on Netarts Bay in Oregon saw its oyster seed die en masse that year. Die-offs were also seen at Taylor Shellfish hatcheries in Washington State. Wild oyster larvae in Willapa Bay perished, too. It took a collaboration among shellfish growers in the region and scientists to uncover the culprit: ocean acidification. To this day, the uptick of carbon dioxide from the atmosphere remains a concern. The impact of 2007 is still palpable.

Efforts to find answers influenced adaptation and mitigation strategies in hatcheries. Growers became more aware of the quality of the water in their farms. The crisis was also noteworthy because it convinced many that global warming, called by some as the “evil twin” of ocean acidification, is real and growing.

Supan believes, as do other experts interviewed for this report, that the world’s most precious resource, its quality and availability, will continue to guide aquaculture development over the next 20 years.

“Nine times out of 10, your problem at hatcheries is water chemistry,” says Supan, the former director of the Louisiana Sea Grant Oyster Research Lab. “I think the days of straight flow-through hatcheries are very, very limited. And we know certainly that with climate change, it’s going to get worse instead of better.”

Mallet, hatchery manager at L’Étang Ruisseau Bar in Shippagan, New Brunswick, Canada, also anticipates the trend will continue. “So we’ll have to deal with that, whether it’s at the level of hatchery operations, like remediating or testing our water, or treating our water; or whether it’s at the breeding level in terms of selecting strains or lineages that have better tolerance, assuming or hoping that such genetic variation actually exists within the species.”

As an industry consultant, water quality is top of mind for Supan. “When I design a hatchery now, I reflect on coastal water quality being very unpredictable, especially salinity, depending of course on the site. But water quality is always going to be an issue. I prefer to design a hatchery where you calculate what your daily water needs are going to be, and you store it first so you can ‘polish’ it for 24 hours by dosing it for the proper pH, proper alkalinity and proper hardness. So instead of a single pass and then water going into the larval rearing and algal rearing rooms, you polish it for 24 hours before sending it to your tertiary.”

Mallet says one offshoot of the earth’s warming waters would probably be beneficial at first for shellfish growers in colder climes like Atlantic Canada. But he’s concerned about its long-term effects.

He explains: “For a place like where we are, where we’re at the northern range limit for the oysters, there’s some diseases we just don’t have here. While in the short term we’re probably going to see better growth as the water warms up, we’re also probably going to see some new diseases that we didn’t have before. So emerging diseases and invasive species – I think those are going to be an important and concerning ‘collateral effect’ of warming.”

He believes climate change and its impact on water quality will be decisive in breeding innovations. “A stated goal of many shellfish breeding programs is to provide seeds that are more resistant and more robust. If you look at the main drivers for a lot of the shellfish breeding programs, it’s not necessarily optimizing growth that’s the first goal. Often, these breeding programs are in response to some kind of crisis, whether it’s oyster herpes virus in Europe and now in Australia and New Zealand, or MSX on the eastern seaboard. A lot of the time, mortality events like these have been the driver. So producing robust seed I think is really a key component. But these programs are almost all still in their infancy; they’re less than 10 generations in. So it’s in the next 20 years or so that we’re really going to see the benefits of that work.”

Research work at the University of Wisconsin-Stevens Point (UWSP) provides another example of how the ocean’s changing chemistry is driving breeding innovations. Researchers at the university are advancing the technology of rearing walleye and hybrid walleye intensively for both food and stocking purposes.

“Walleyes are a mainstay in North America and certainly in the Midwest, but the wild populations are being pushed further and further north. As this is making it harder to gather them from wild sources, we’re seeing openings for aquaculture to come in and potentially fill that gap,” says Gregory Fischer, assistant director/research program manager at UWSP’s Northern Aquaculture Demonstration Facility.

“I think the days of straight flow-through hatcheries are very, very limited. And we know certainly that with climate change, it’s going to get worse instead of better,” says John Supan. (Credit: LDWF)

A bigger fish and a much shorter cycle in seawater is perhaps the most sustainable way and most economical way of farming. – Frode Mathisen, director of freshwater production at Grieg Seafood BC Ltd.

Tighter regulations
Fischer notes that more stringent regulations are an offshoot of concerns for water quality and wastewater discharges into the environment. These rules are prompting the industry to move indoors, he says.

“Increased concern over water and water quality, not necessarily just from aquaculture but also other water-intensive industries, is prompting tighter regulations around the country,” says Fischer.

“We just can’t do business the way that we used to do in aquaculture,” he continues. “What you saw in the old days, where facilities that did a lot of flow-through would have large amounts of water running through their facilities and they would kind of ‘cure’ the problem of pollution with dilution, that’s not happening anymore. Now, we’re seeing much tighter facilities, more recirculation aquaculture, either partial recirculation or full recirculation, and much smaller discharge streams. Much tighter regulations that are forcing that,” he emphasizes.

The advancement in recirculating aquaculture systems (RAS) is making this move possible, he noted. “More facilities are going indoors with control over their systems, not only environmental control, but also control for pests and fish health issues. I think we’re seeing better systems and better design. And I think we’re also learning more and more how the fish behave in those systems. ”

Frode Mathisen, director of freshwater production at Grieg Seafood BC Ltd, acknowledges that freshwater is the most valuable resource in the world and will remain so in the future.

“The problem we had in Atlantic salmon production before was that even to find water to produce a hundred-gram fish was difficult. So when we got RAS, suddenly we had plenty of water. Even in old hatcheries with very little water capacity, that water was still plenty for a RAS system. So RAS made it possible.”

The number of RAS systems being built now will affect the next 20 years in many ways, he added. “We’re in the middle of transition, in a way. Over the last five years the Atlantic salmon sector has basically been where all the money invested into RAS went. But there are a lot of people that still don’t know what RAS is. For some of us that have now worked with it for quite a long time, we start to feel that RAS is the normal thing to do. That will go on but perhaps it will be used even more in raising other species.”

He says one practice that’s beginning to happen now in Norway and could be more widespread over the next several years is raising smolts longer on land-based facilities before moving them to ocean cages to grow them to market size.

“It has started in Norway, where the government has now increased the size of the fish that can go to sea. Here in B.C. we haven’t gone as far as in Norway but we are starting to look into it,” says Mathisen.

“A bigger fish and a much shorter cycle in seawater is obviously making the footprint significantly smaller. I would even say that’s actually perhaps the most sustainable way and most economical way of doing it because you’re utilizing RAS efficiency on land for a longer time. You don’t have to do it for the whole cycle. To do RAS the whole way is using a lot of energy and a lot of water.”

He notes however that the adoption of the practice in other salmon farming jurisdictions would need the support of the local regulatory authorities because it changes the typical management plan. “But the industry is always moving much faster than regulators can keep up with. That would be the biggest obstacle.”