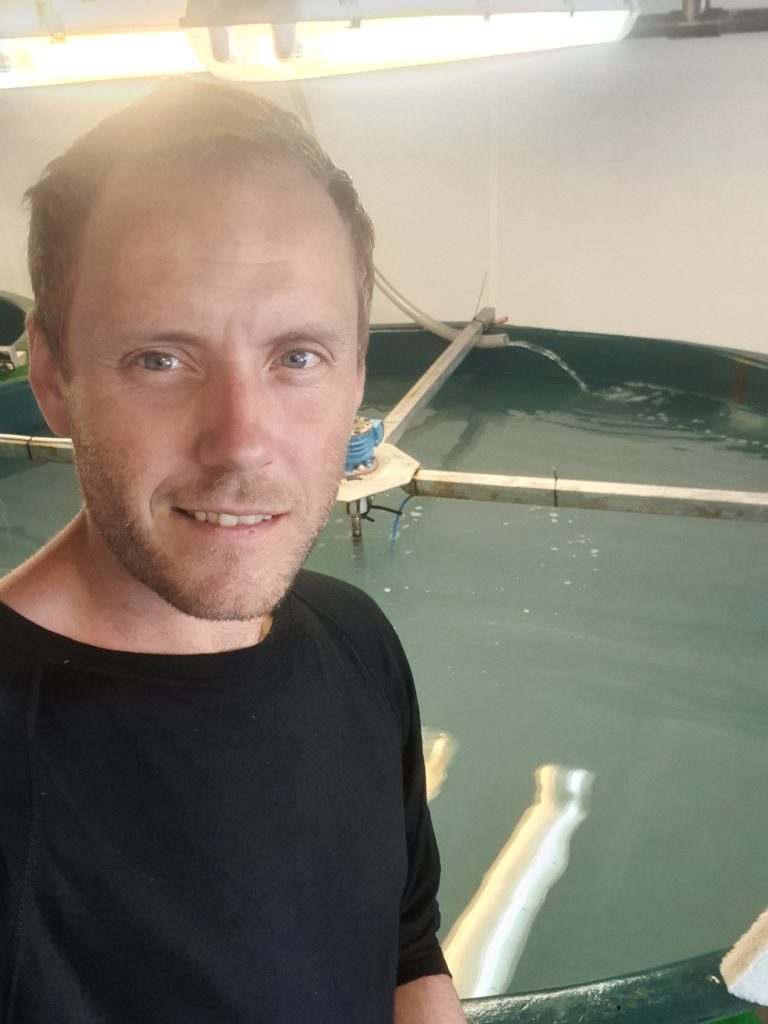 Sigbjørn Vorren Hjetland, 34, came to Sogn Aqua Juveniles (SAJ) in Brekke, Norway straight from completing his Master’s degree in Marine Coastal Development, where he worked with copepods at the Norwegian University of Science and Technology (NTNU).

In his first few years as hatchery manager, Hjetland was working with old and outdated equipment. He worked diligently with
his staff and collaborated with researchers to apply best practices in the hatchery’s production protocols, even with his limited resources. With the trust he earned from the company, they began to invest in new equipment – a new live feed and start-feeding department.

“Sigbjørn has been the main driving force for SAJ’s success, enabling a production of 100,000 high quality (Atlantic halibut) juveniles per round, with a potential to produce one million juveniles per year,” says Ole-Kristian Hess-Erga, former colleague and nominator.

Atlantic halibut is one of the most complex and challenging species to grow in aquaculture. However, Hjetland has worked to gain his own expertise in the species and now also shares that knowledge through his YouTube channel, Haliworld. He firmly believes that the industry succeeds when knowledge and experience is freely shared among fellow fish farmers.

“Be open minded and share your knowledge, ask as many questions as possible,” he says. “I have done so many mistakes during these years. But failure will make you work harder and think more carefully on the next challenge. It will be even more satisfying when you reach your goals.”