Russian Federal Agency for Fishery Rosrybolovstvo plans to convert several state-owned hatcheries in the far eastern part of the country, so they would breed humpback salmon (Oncorhunchus gorbusha) fry, instead of chum salmon (Oncorhynchus keta) fry, Vasily Sokolov, the deputy director of Rosrybolovstvo, revealed during a press-conference in Vladivostok early June. 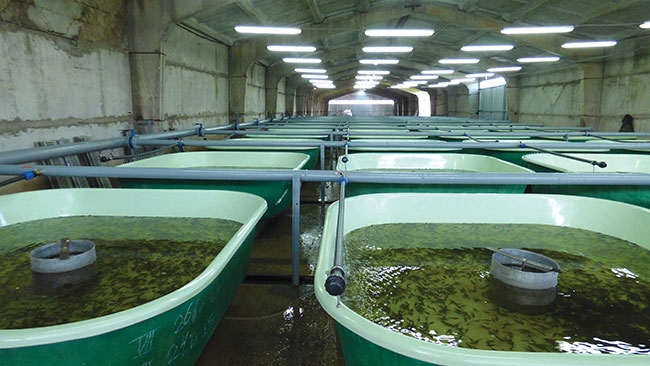 In total, the far eastern hatcheries in Russia annually release up to one billion units of chum salmon fry. Some 300 million units of them are being produced every year in accordance with government contracts by the state-owned hatcheries, according to Sokolov.

“We would like the state-owned hatcheries to be focused on salmon species that have more social importance, and in the first place on humpback salmon. The reproduction of chum salmon seems more like a commercial venture for the private hatcheries,” Sokolov explained.

This measure is needed because the population of the humpback salmon has been gradually shrinking in the region over the past few years. In 2017, in Sakhalin Oblast the humpback salmon catches were at the lowest level since records began, reaching only 27,900 tonnes, or 63 per cent from the basic forecast. The situation is similar in the other parts of the far eastern region.

The reasons of this phenomenon remained mostly unknown. Government officials said that the population of the humpback salmon is reducing due to poaching. The local scientific institute Tinro-Center argued that the humpback salmon just moved to the north, closer to the Arctic, as global warming has made the far eastern seas too warm.

In total, Rosrybolovstvo plans to convert at least four hatcheries for the production of humpback salmon, Sokolov said, not providing further details on the project.