Russian government agencies are planning a comprehensive modernization effort for 90 percent of Russia’s state-owned hatcheries, Dan Belenkiy, chairman of the federal fishing complex operator Glavrybvod has unveiled recently. In total, there are 101 hatcheries under state management in the country and most of them are in poor condition, Belenkiy explained. 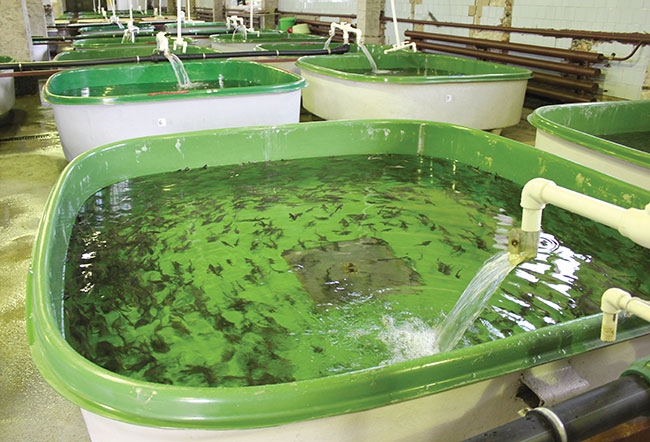 The Beloyarsky hatchery is among the state-owned hatcheries to undergo modernization. Russian government agencies are planning

The main target of the upcoming modernization is to improve the operational effectiveness of the hatcheries. In 2017, Glavrybvod generated a net profit of Rub1.4 billion (US$25 million) from selling broodstock of hatchlings and fingerlings to private fish farms. This figure was equal to the funds issued to state-owned hatcheries from the federal and regional budgets for recreational purposes, Belenkiy revealed. At the same time, numerous hatcheries lost money last year.

It is expected that while the state aid to the hatcheries will remain unchanged, the cash flow from selling broodstock on the open market will only grow, according to Belenkiy. However, this would require hatcheries to produce marketable products at affordable prices.

Two new hatcheries were launched last year in Russia, and there are also several modern facilities operating primarily in the Far East federal district that do not require modernization. Most of the hatcheries in Siberia and European Russia, however, have to be re-built and re-equipped.

At the moment, Glavrybvod is conducting research on the state of its assets in Russia. Depending on the results, some hatcheries with the poorest financial performance will be closed, Belenkiy said. The investment cost of the modernization campaign is yet to be determined, but the project is expected to be “the biggest one in the industry since the Soviet times,” he stressed.

Under the modernization, some hatcheries may have to change the species they breed, depending on the need for certain types of broodstock in the region where the hatchery is based, Belenkiy explained. Glavrybvod also hopes to attract some private businesses to invest in the project by providing different schemes for return on investments.

The Beloyarsky hatchery is among the state-owned hatcheries to undergo modernization.