Pennsylvania has a long history of fish stocking programs which, like all stocking programs, has occasionally come under fire over concerns regarding negative impacts from interactions between wild and hatchery fish. 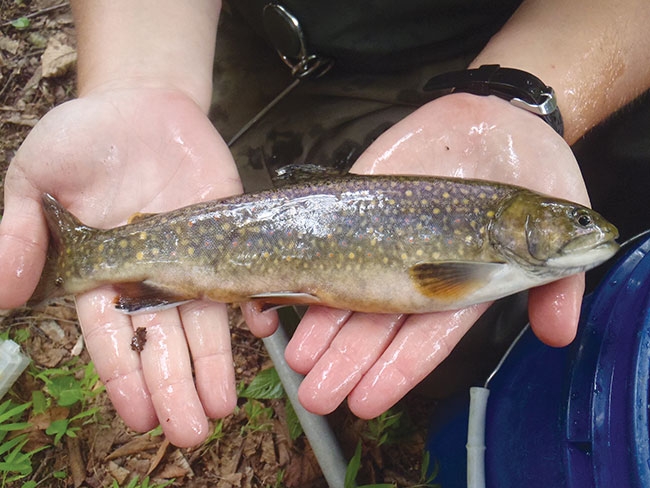 “Is six percent a lot? It depends on the conservation objectives that we’re going for,” said White. “I don’t think we have a great answer as to whether six percent is too much, but I would say we didn’t really find a lot of introgression. Certainly not given the intensity at which the [Pennsylvania] Fish and Boat [Commission] stock some of the streams.”

White notes that it is not uncommon or odd that a late summer sample didn’t really find any of the large stocked trout, likely due to a combination of anglers harvesting them, movement of stocks or another natural mortality event. White’s analysis may have also disproven an assumption that brook trout don’t move around much.

“They don’t really stay where we put them,” said White. “They tend to move around and get into streams where we don’t necessarily think they should be having an influence on wild populations.

“From the hatchery perspective, we’re finding introgression in areas where we’re not expecting it, because we stocked a couple of tributaries over. Or, if we stock a much larger river system with the fish, they get out, they move, they enter a new tributary.”

The Pennsylvania Fish and Boat Commission, which runs the stocking programs, did not respond to a request for comment.