The government of Newfoundland and Labrador, Canada, has come out solidly behind Grieg NL Seafarms Ltd's massive aquaculture project with the announcement by Premier Dwight Ball of a $30-million investment from the government. 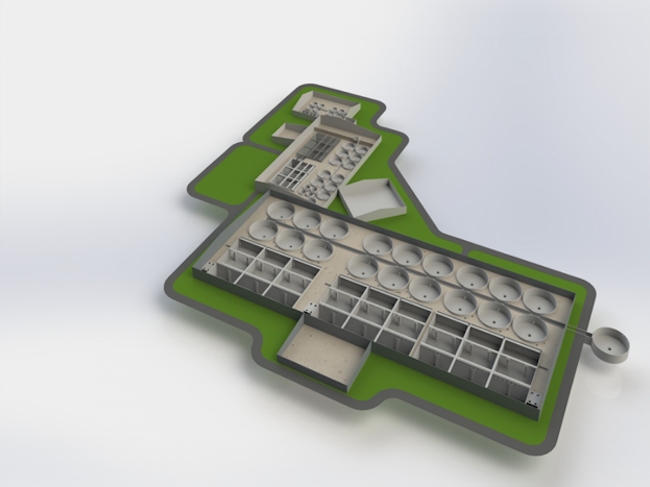 The funding will be in the form of repayable loans.

Earlier this month, the company announces it has received final environmental approval and project release from the provincial government for its $250-million Placentia Bay Atlantic Salmon Aquaculture Project. This release allows the salmon producer to move ahead and complete the application process for licence and permits and other regulatory approvals required to commence construction of its land-based recirculating aquaculture system (RAS) hatchery in the Marystown Industrial Park, as well as the procurement and installation of equipment for its marine-based farms in Placentia Bay, the company said in a statement.

While conservationists have expressed dismay over the government’s stake in an industry it’s supposed to be regulating, the executive director of the Newfoundland Aquaculture Industry Association, Mark Lane, says government investment in this case is no different than those in other sectors.

“Those people who would tout that this is a conflict of interest, for the most part, are the same people who just simply don’t support aquaculture,” he says.

Lane believes the province’s $30-million stake will return to the province in terms of jobs and taxes, and contribute to the GDP. “And for every job that’s created directly through the aquaculture project either on the farm or in the hatchery, there’s two-and-a-half to three jobs in spin-off industries,” he says.

The Placentia Bay project is believed to be the largest open net-pen salmon aquaculture development proposed in Canada but Lane stopped short of calling it a game-changer for the province as farmed salmon producer.

“I don’t think it’s a game changer. If you look at the companies we already have here – Northern Harvest, Cooke Aquauculture, Cold Ocean Salmon and Marine Harvest through the acquisition of Northern Harvest – they are already doing things right. They’re doing it to the utmost standards that are found anywhere else in the world. I think Grieg’s addition to what we’re already doing in the province will get us closer to where we want to go, which is to double the salmon production in the province,” he says.