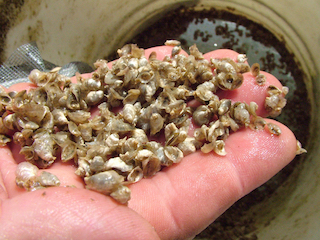 A partnership formed in Maryland is looking to establish the first oyster hatchery the state has seen in years. Oysters Inc. was formed between the owners of Hooper’s Island Oyster

Aquaculture Company (HIOAC) and Baltimore-area businessman Carnelious Jones for the specific purpose of creating a new hatchery for the benefit of the entire Maryland seafood industry.

“HIOAC was founded to provide the infrastructure for a new direction for the oyster industry in the state of Maryland based on sustainable production of oysters through aquaculture,” says Co-Founder Johnny Shockley. “The reason why that’s so important is that there’s a tremendous industry here from 100-150 years back. Much of our economic development was based around that industry.”

Over time the oyster industry collapsed owing to declining populations and concerns over disease. Shockley and fellow co-founder, Ricky Fitzhugh, pooled their skills and those of other commercial fishermen to focus on oyster aquaculture. They developed a successful business on that model; however the final stage of the plan was always the creation of a new oyster hatchery. Enter Carnelious Jones.

“We owned a piece of property in the proximity of HIOAC headquarters,” says Jones. “I talked among my peers and investors and we set up a meeting to come up and meet with Johnny and look at his operation, what he was doing, and if he wanted to do a hatchery.”

The hatchery will be located on a 75 acre property on the Hooper’s Island waterfront. The 12,000 square foot facility will produce oyster larvae and then set the larvae into micro clutch or clutchless seed. The larvae will also be sent to a variety of growers in the area. HIOAC Biologist Jordan Shockley says that in addition to production, the facility will also have a research focus to keep them on the cutting edge.

“We’ll have a research lab to look at new ways that we can improve on certain things that we’re doing or that the industry is doing now,” says Jordan Shockley. “Some of the equipment that we’re looking at using is different types of algae production systems – self-contained systems that are self-cleaning and self-maintaining, things like that. We’re going to experiment with different types of larval tanks and see what works best for us. We’re going to focus a lot on triploid oysters, as well as disease resistance. We can build in our own natural oysters here and develop them into disease resistant strains that are local broodstock.”

Johnny Shockley says that one of the key focuses of the new facility will be sustainability.

“What we’re doing is building a brand new foundation for an oyster industry based on modern science, modern needs and sustainability. That’s what this world is looking at today from every aspect. We’ll use this as a way to build stability back into the entire seafood industry by building in a new foundation of the oyster as it was in the beginning. We can re-stabilize the fisheries in a very natural way.”

The necessary permits and permissions for the new hatchery have been granted and Oysters Inc. expected to break ground in late July. The facility is expected to be in operation by early 2017.