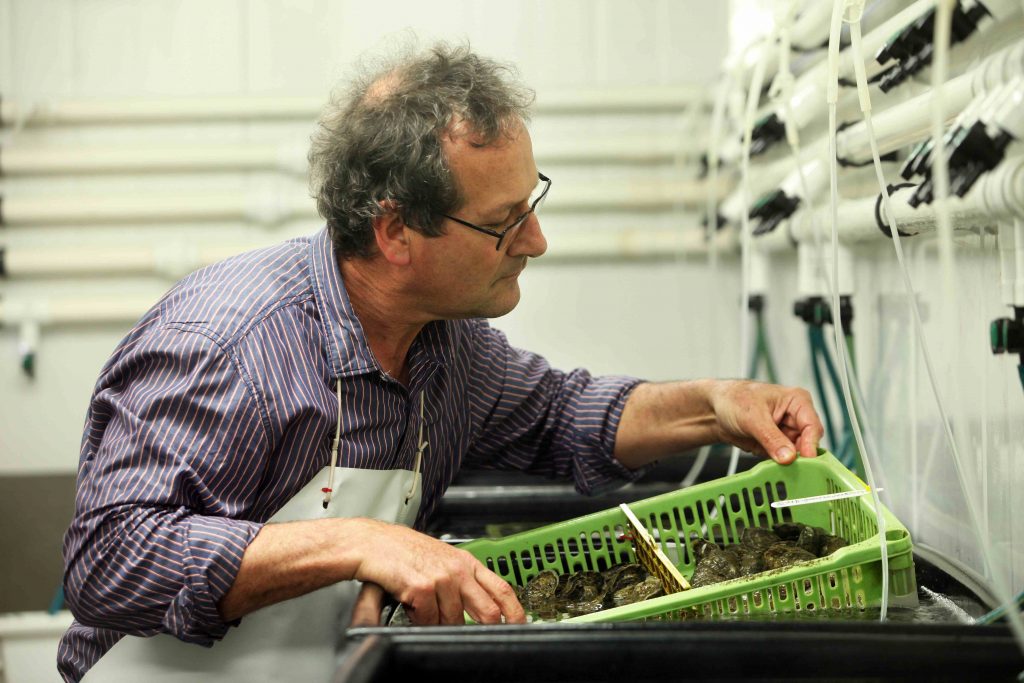 According to a statement from the research facility at the Cawthron Institute in Nelson, New Zealand, the country’s virus-hit oyster industry could be “back on track” soon.

Scientists at Cawthron have been working with members of the industry to breed oysters resilient to the ostreid herpes (OsHV-1) virus that obliterated New Zealand’s Pacific oyster stocks in 2010. Cawthron chief executive, Dr. Charles Eason, reported that a research breeding study has now identified oyster families with a high survival rate when exposed to the virus.

“These recent findings (while only preliminary) are most encouraging,” Eason is cited as saying. “They suggest that selective breeding has great potential to address the current crisis.” He noted that the breeding programme is a long-term project but a combination of improved genetics and husbandry could contribute to achieving “promising outcomes … in a very short time-frame.”

The OsHV-1 virus swept through New Zealand’s North Island oyster farms, devastating the wild spat the industry depends upon for stocking its farms. The crisis saw a 50-60% drop in production, causing job losses and factory closures.

Cawthorn has been studying oyster spat breeding since 1999 but when the virus struck in 2010 the institute stepped up its work, partnering with Aotearoa Fisheries Limited (AFL) a subsidiary of Pacific Marine Farms, and Te Matuku Bay Oysters at Waiheke Island, which managed the bulk of on-farm trials.

Cawthron spent some $750,000 developing the country’s sole oyster hatchery and nursery at the Glen, northeast of Nelson. It was announced in February that iwi-owned AFL was taking over the hatchery, hoping to double production. The hatchery is already producing about 12 million spat a year.

AFL is 80% owned by all New Zealand iwi tribes and 20% by Te Ohu Kaimoana, the Maori Fisheries Trust set up by the government in 2004 to allocate fisheries assets. With more than 300 employees, it is now New Zealand’s biggest Pacific oyster producer, owning half of Sealord Group and a range of other seafood businesses.

Pacific oyster farming in New Zealand accounts for 6% (US$20 million) of aquaculture exports in 2011 (Mussel and salmon exports were worth $US 217 and $US102 million, respectively.)