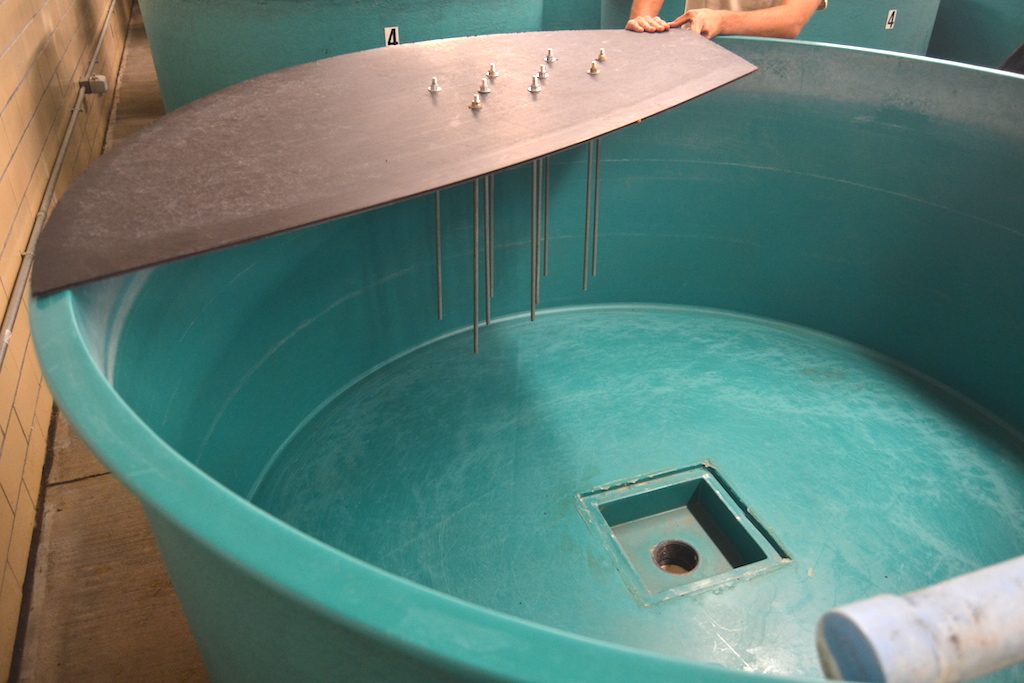 Regardless of water velocity

The potential impact of structural complexity on the rearing performance of juvenile fish has largely been ignored, but researchers in the US State of South Dakota recently investigated whether it would benefit trout during the early lifecycle stage in the same way that complexity has shown to improve post-stocking survival.

“Typically, structural complexity has been used in an attempt to improve post-stocking survival,” McNenny hatchery manager Mike Barnes told Hatchery International. “Little attention has been placed on its affects during hatchery rearing. Indeed, even some prior attempts we tried (like putting concrete blocks in tanks) made rearing much more laborious, and less efficient.”

What makes this study unique, he explained, is that it focused purely on the hatchery rearing aspects of a structure that didn’t interfere at all with normal hatchery practices (i.e. no more work for hatchery staff).

“Obviously more research is needed to verify our results,” he said. “For trout managers, this research provides a novel approach to increase trout rearing performance and make rearing more efficient.”

His staff found that, after 51 days, total tank weight gain was significantly higher in the

“This is all relatively new information,” he admitted. “I suspect that as this information slowly disseminates, hatchery managers will begin being creative in ways to add structures (that don’t interfere with efficient rearing practices) to rearing units.”

There were, however, some surprises along the way.

“Our initial thought with this study was to try it first during hatchery rearing to make sure it didn’t interfere with normal rearing practices and then focus the research on post-stocking survival effects,” he said. “We did not expect that there would be any benefit to hatchery production using these rods and were extremely surprised at the end of the study with the results.”

Because of the positive findings, Barnes said his team plans to look at studying other salmonoids under the same rearing conditions.

“We also plan to look at rods with Chinook salmon,” he said. “Lastly, we just started a new study with some additional novel (and colorful!) complexity structures, and should have some data on these later this fall.”

In the end, Barnes said one of the positive aspects of doing the study was that it developed as a group effort involving the staff at McNenny – Jeremy Kientz, Eric Krebs and Patrick Nero – as well as summer intern Kelby Torgerson.

“The creativity and energy that Eric, Patrick, Jeremy and Kelby put into this project was really rewarding to watch, and I’m thankful that they let me come along for the ride.”