The Whiskey Creek Shellfish Hatchery at Netarts Bay in Tillamook Oregon produces a third of all oyster larvae on the West Coast of the US, according to Alan Barton, Production Manager. It is the state’s only shellfish hatchery. Owner-operator, Sue Cudd confirmed for HI that 2016 was the hatchery’s best year yet for production of oyster spat. After such a banner year, it could be hard to forget that the operation nearly shut down a decade ago. 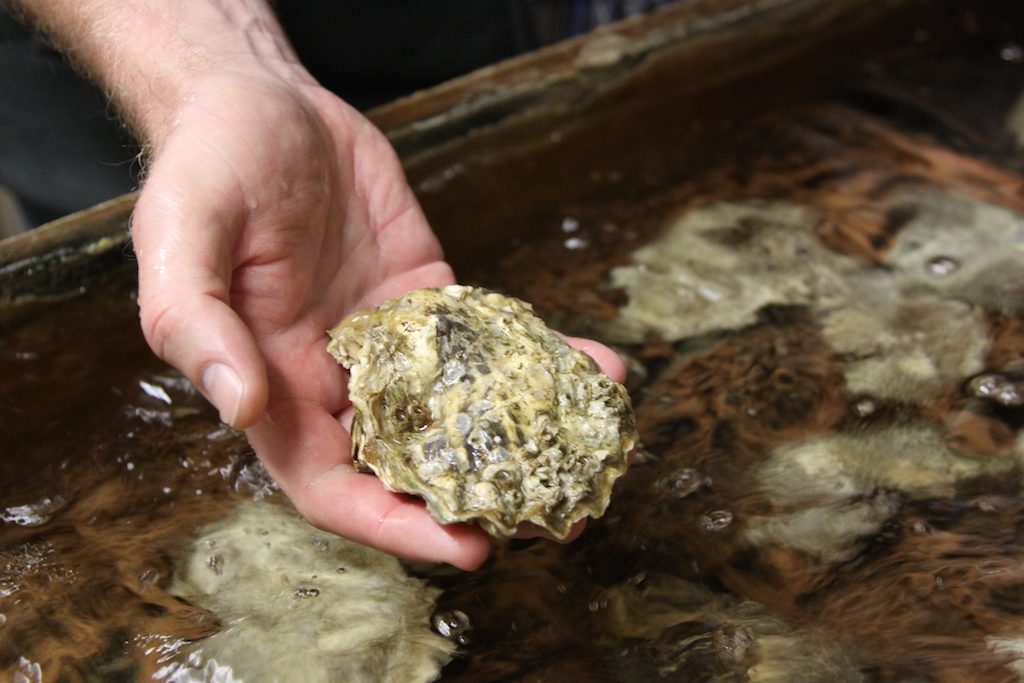 It was in 2007 and 2008 that something changed and output was reduced by 75%. At first hatchery staff believed the die-offs were caused by biological problems or the wrong type of alga for food. Barton remembers arriving to work one morning and everything was dead. That became the turning point for them and they looked to Oregon State University for help. The problem was not because of a virus or feed, it was a lower pH in the water caused by ocean acidification. Ocean acidification occurs when increased carbon dioxide (CO2) in the ocean changes the chemistry of the water making it less acidic, and more difficult for organisms to make shells and survive.

Now the hatchery constantly monitors for the carbon dioxide and acid levels in the ocean and the intake water, and immediately takes counter measures at the first sign of compromise in the chemistry of the water. Doing this, Cudd said, has enabled Whiskey Creek to re-establish a lead position in the region.

“Last year, I believe we produced more than we ever have,” she said. “We produce mainly larvae and (last year) did more than 10 billion. We treat all the water now. You can’t just pump the water in any more, the way we used to.”

“It’s definitely more complicated than we thought and first realized,” she said.

Fortunately the cost of treating the water has not proved to be overly expensive for the hatchery – though the cost of the water-monitoring equipment has required investment.

Barton is cited as agreeing that in the short term prospects are looking good, but his view of the long term is less optimistic. “… Within the next couple of decades we’re going to cross a line I don’t think we’re going to be able to come back from. A lot of people have the luxury of being sceptics about climate change and ocean acidification. But we don’t have that choice. If we don’t change the chemistry of the water going into our tanks, we’ll be out of business. It’s that simple for us.”