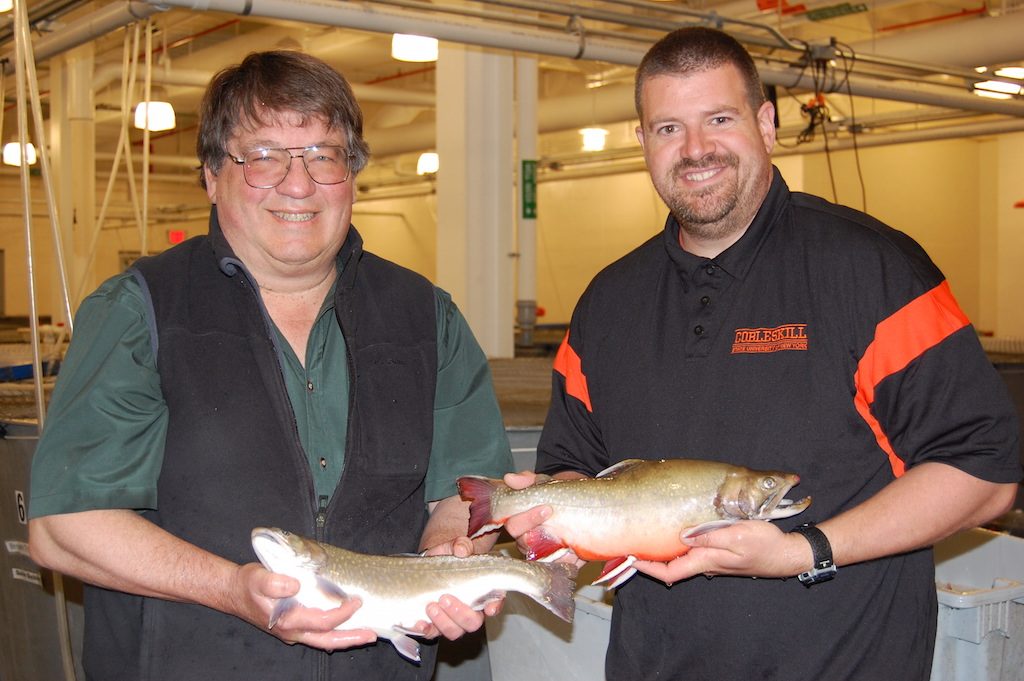 The hope is to grow a strain of Arctic charr in New York state so that Americans can buy charr produced domestically.

Staff, students and researchers at the State University of New York (SUNY) in the US northeast are hoping to produce a hybrid strain of charr that captures the key desirable characteristics of its disparate parents.

Professor Dr John Foster, who chairs the Fisheries, Wildlife and Environmental Sciences Department at the college, said that the hybrid is the product of Arctic charr and brook trout cross-parenting.

Paternal milt for the spawning comes from Arctic charr; the maternal eggs come from brook trout.

Foster said that SUNY Cobleskill is mainly an academic college and the fish and aquaculture program there is targeted mainly at teaching and training students, in part through its fish-hatchery facilities.

He said though that those facilities have to pay for themselves and the research-and-development work they do, so the unit raises and sells about 10,000 lbs of cold-water fish while the warm-water side is used mostly for tilapia and tropical fish.

Foster said that what he’s hoping to see is a strain of Arctic charr for sale in New York State that is born, bred and raised in that area, so that Americans can buy charr produced domestically rather than imported from Canada, Norway or Iceland.

Foster explained that when he and others go into a store to buy Arctic charr, they want a fish that looks like an Arctic charr rather than being marked with vermiculations which make it look more like a trout. He also noted that charr sell for a much higher price than trout in the stores, making them more attractive to the aquaculture industry.

Problem is, said Foster, that charr will grow well in New York State but they have difficulty reproducing there in response to the light regimes and water temperatures experienced there. That’s where cross-parenting with the native brook trout comes in.

Foster said the aquaculture unit at SUNY Cobleskill tried cross-breeding charr females with brook trout males. But that didn’t work as well as the other way round.

He said that now the SUNY researchers have to work out a way to make sure that through interbreeding the hybrids don’t evolve into a fish that reverts over time to looking more like trout than the more pricey charr.

That may prove to be a considerable challenge for the college team.