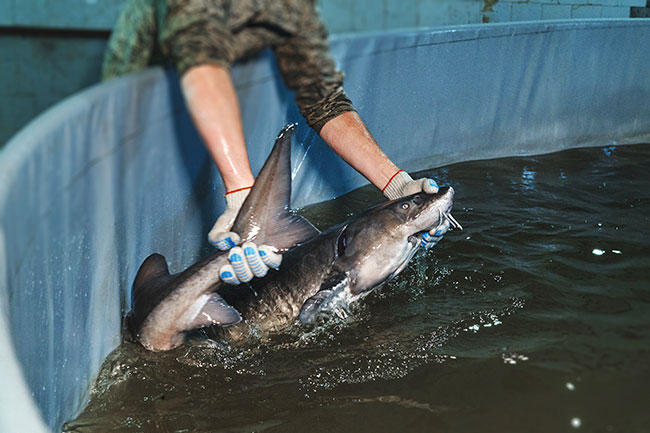 One of the largest hatcheries in Siberia, Abalakskiy, has been setting new records of broodstock production, targeting to improve the ecological situation in this part of Russia and facilitate the beginning of a new era of the country’s aquaculture.

Abalakskiy traces its roots back to Soviet times. The first batch of sturgeon fingerlings was released in the rivers of the Tyumen region in 1975, said Vitaly Baranov, director of the Nizhniy-Obskiy branch of the Russian government agency Glavrybvod, which manages Abalakskiy, today.

At that time, Abalakskiy was a research and development (R&D) unit of the Soviet fish farming industry. To some extent, this feature has been preserved until today, as the facility still holds a status of an experimental hatchery, being engaged in various researches, the goal of which is to learn the strings of growing broodstock more smoothly and cost-effectively.

“During the scientific times, the hatchery released one million units of Siberian sturgeon (Acipenser baeri) broodstock up to three grams, and 400,000 units of starlet broodstock, also up to three grams, operating fully under a government contract,” Baranov said, and added that this year Abalakskiy already released 6,977,000 units of sturgeon broodstock, which is likely to be the highest level ever achieved by any Siberian hatchery.

The eventual target, however, is to push the annual broodstock production to nine million tons per year, Baranov said.

The broodstock weight ranges between three and 10 grams, Baranov estimated. The production has been steadily growing during the past few years.

“The main purpose of Glavrybvod is to restore hampered fish populations back to the conditions large enough to resume fishing. We work with the Siberian sturgeon because it is enlisted in the Russian Red Book of endangered species,” Baranov said. “If our production will remain at the current level, we expect sturgeon to regain commercial value by 2030.”

Breeding side
There are indirect signs that the efforts put by Glavrybvod in Siberia already bear some fruits. As estimated by Baranov, this year, Abalakskiy caught two tons of wild sturgeon for further reproduction purposes. This is higher than in the previous years and shows that the recreational campaign of the past few years was not in vain.

“Together with the Russian Scientific and Education Ministry, we established a genetic base of all breeding stock, including of wild fish. We are sampling genetic material and building a genetic tree. When we catch wild fish, we take a small part of the back fin to study it in our laboratory in order to see whether this is a hatchery-born or wild fish. In 2020, every third fish was hatchery-born,” Baranov said.

“We are the first in the world to introduce this practice [of genetic tracing wild fish origin], and this is the best sign of our effectiveness we could possibly obtain,” he added.

According to Baranov, this pilot project is now expected to be scaled up and expanded to other Russian regions, other hatcheries, and other fish species. 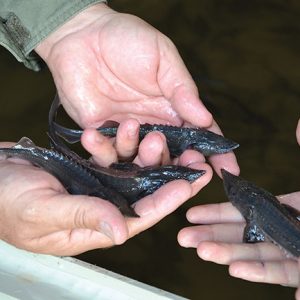 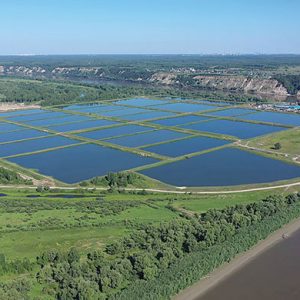 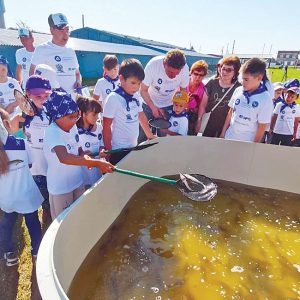 Combined method
Abalakskiy breeds fish in so-called industrial methods – in pools – and in grow-out ponds, which together, in Russia, is known as a combined method of hatchery operation. Every segment requires different approaches.

“When growing broodstock in grow-out ponds, we first assess the soil fertility ratio. This is crucial because we need soil and water to have certain mineral and chemical compositions, which directly affect the state of hydrobiota. When establishing new ponds, we also run hydrobiological studies to gain an understanding of the conditions of hydrobionts: zooplankton, phytoplankton, and so on, which serve as a feedstuff for our broodstock,” Baranov said.

According to Baranov, using certain algae and fertilizers, these parameters could be altered in order to intensify broodstock reproduction.

“The basis of our operation is state-of-the-art equipment – spectrophotometers we purchased in the U.S., with which we take up to 20 samples per day, checking water conditions on a broad range on various parameters,” Baranov said.

As for the industrial segment, Baranov said Abalakskiy is engaged in various experiments, including those aimed to discover the best aquafeed composition.

“We try different feed, including some European stuff, combining it with live feed, like brine shrimp, to achieve the best growth rates, conversion rates, and so on,” Baranov said.

Abalakskiy also employs caviar filtration technology. As explained by Baranov, there is a common problem that dead caviar in the hatchery infects live eggs, which eventually lowers the hatching success rate. The filtration technology pushes the survival rate above that of which the other Russian hatcheries manage to achieve.

Industrial giants help with funding
A few years ago, the Russian government obliged industrial enterprises with a substantial footprint to participate in recreational campaigns, including by restoring the fish population.

According to Baranov, in addition to oil and gas companies, there is a long list of industries that fell under the new rules including metal producers, coal mines, and other companies using subsoil resources.

“This is a very good approach. By funding our recreational program, they invest money in our new technologies, providing us with most modern technologies, with which we can further enhance broodstock industry development,” Baranov said. 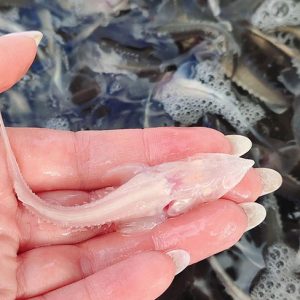 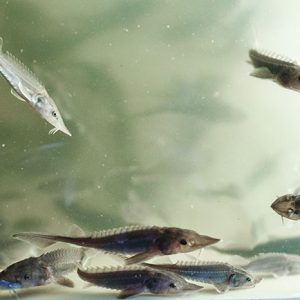 Aquaculture’s on the pipeline
The Nizhniy-Obskiy branch currently runs three hatcheries, breeding not only sturgeon but also peled (Coregonus peled), muksun (Coregonus muksun), carp (Cyprinus carpio), and some other fish species for the needs of fish farmers.

“We are not selling fish species listed in the Red Book, among other things, because they are not hybrids. As these species grow rather slowly, they are not of great interest to fish farmers,” Baranov said.

However, in general, Russian hatcheries including Abalakskiy, are expected to take advantage of the ongoing aquaculture development in the country.

“I forecast that aquaculture is the future of the fish industry. This industry will overtake wild fish catching in terms of output at some point since wild fish reserves tend to shrink due to the anthropogenic burden, while fish farming will only grow in the coming years. We have excellent water reserves and land reserves to fuel that growth,” Baranov said.

In terms of aquaculture, Russia has a similar growth potential as neighbour China, where fish farmers produce around two million tons of fish per year.

“It is essential that we have already begun developing our own competencies in this field to lay down the foundation of the future growth. Successful aquaculture begins with a strong fish fry. If we manage to grow a healthy broodstock, we can be sure it will evolve into fish of the commercial value,” Baranov said.

The next stage of the Abalakskiy development is selling caviar on the open market, as soon as the situation with the sturgeon population is improved and a surplus of this product is available. There is also an option of growing fish to the commercial size, but time will tell which of the numerous opportunities Abalakskiy would opt for in the coming years.