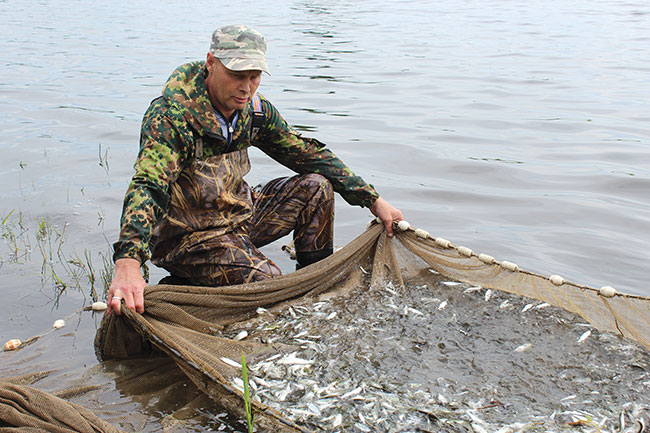 A group of Russian hatcheries in the Sakhalin and Kamchatka have ramped up salmon (Salmo) broodstock production destined to be released in the coastal zone. Since 2020, Sakhalin hatcheries have released above one billion units of salmon fry per year, Russian government agency Glavrybvod, estimated.

The Far East is the only part of Russian where hatcheries operation is supported by fishermen. The reason is that their operation ensures growth in the fish population in the Russian coastal zones, since salmon grown at local hatcheries tend to return from the Pacific Ocean back to the Russian shores.

“The indispensable return of salmonids to spawn in their native reservoir is one of the unsolved mysteries of nature. There is still no consensus among zoological scientists around the world about how an adult salmon finds its way from the ocean to the river where it grew up for further reproduction,” said local analys, Anatoly Koshkin.

The practice of breeding salmon to support fishermen has been originally introduced by Soviet scientists, and it has been gaining momentum in the past few years, bearing some fruits.

In 2021, the wild salmon catch in the Pacific waters of Russia exceeded the forecasted level by more than 11 per cent, reaching 511,000 tons, the press service of the Pacific branch of the Russian Federal Research Institute of Fisheries and Oceanography (VNIRO) said.

There are currently five hatcheries in Sakhalin, and a dozen in mainland Russia focused on breeding salmon broodstock. Some forecasts envisaged that Russia could boost wild salmon catch to one million tons per year in  the case that the salmon reproduction campaign is further expanded.

As explained by Koshkin, there are different versions to explain this phenomenon. For example, he said, American scientists are confident there is evidence that salmon use the memory of the Earth’s magnetic field at the point of exit into the ocean and therefore, find their way into the river where they grew up.

“Other zoological scientists argue that salmon keep track of the stars and the sun, and if the weather is cloudy, they are guided by the so-called internal compass. There is also an exotic suggestion that salmon use their sense of smell, in the same way as dogs,” he added.

However, Russian scientists and fishermen are certain that one way or another, this phenomenon is here to stay – there is no chance that one day, the salmon will change its behaviour.