Following the Aktau International Summit on August 12, Russian President Vladimir Putin, Iranian President Hassan Rouhani, and leaders of other Caspian states released sturgeon fingerlings to the Caspian Sea. This symbolic gesture was to show the intention of the top officials in the region to enhance efforts to save the sturgeon population from complete extinction. 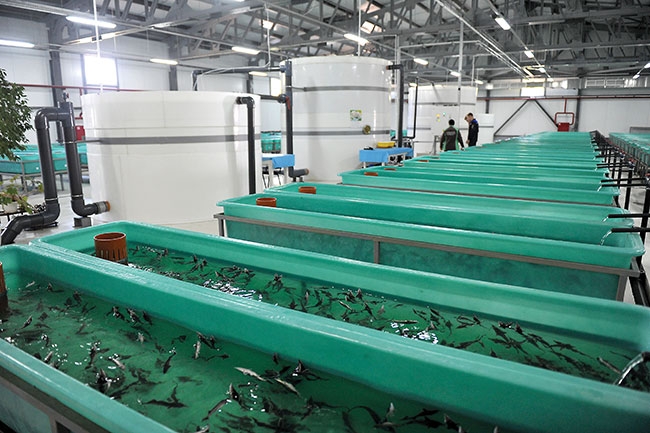 The number of sturgeons in the Caspian Sea declined nearly tenfold over the past decade due to large-scale poaching and environmental problems, pushing the Caspian states to introduce a 10-year moratorium on industrial sturgeon fishing in 2011. Recent research, however, showed that all measures taken since then were in vain, as the sturgeon population in the sea continues to decline.

Kazakhstan officials recently announced that the fish cluster in the city of Atyrau on the Caspian coast will nearly double sturgeon fingerlings production. Beginning in 2019, several hatcheries located in the area will be releasing 12 million fingerlings per year – nearly doubling the number of fingerlings they were releasing in the past decade, which averaged only about seven million per year.

Azerbaijan released eigiht million sturgeon fingerlings in 2017, according to Mehman Akhundov, director of fish farming institute of the Azerbaijan Ecology Ministry. This figure has been steadily growing over the past years, as the government was encouraging local hatcheries to increase its production.