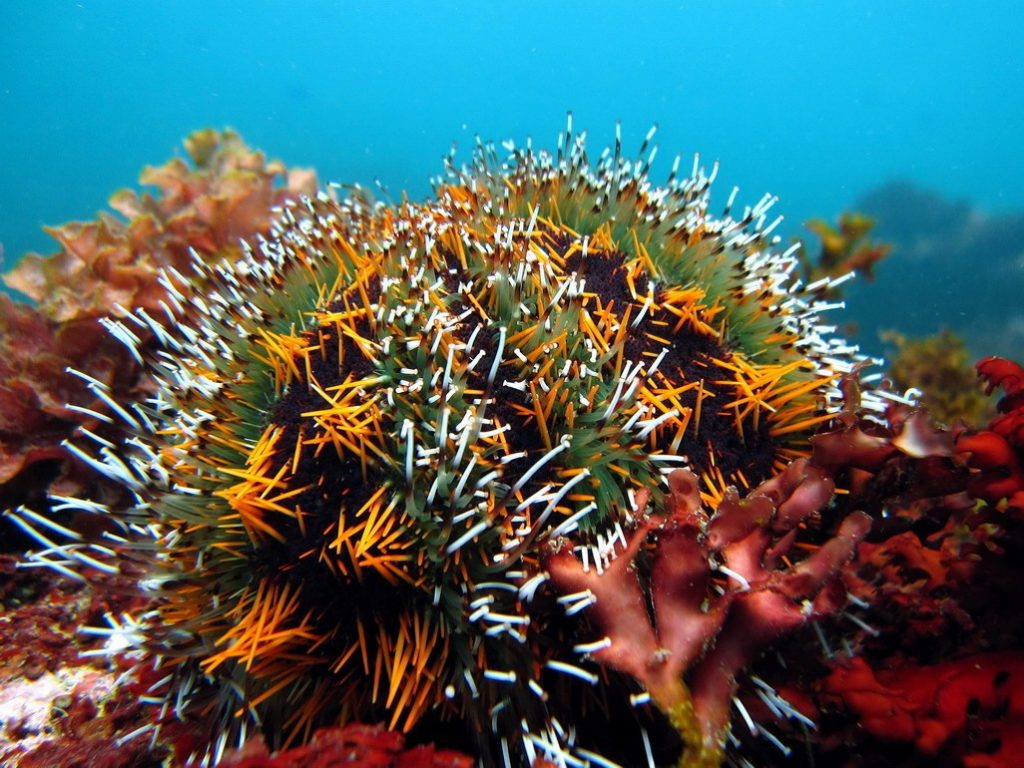 Native “collector urchins” (Tripneustes gratilla) are being bred and the juveniles raised in a hatchery at the Anuenue Fisheries Research Center in Honolulu. When they reach 15 mm diameter, at about 5 months, the urchins are released in the bay to eat the seaweed. A similar program is being considered for reefs close to the tourist hub of Waikiki.

The problem with the invasive seaweed that’s now smothering the reefs in Kaneohe Bay goes back some 40 years, according to David Cohen of the state Department of Land and Natural Resources. The alga was introduced in the 1970s and it took 15 to 20 years for us to start seeing a real problem in the bay, Cohen said in recent interview with Hatchery International.

At first, a ‘super sucker’ vacuum system was built and used to remove loads of the unwanted seaweed, but it became clear that could only be a temporary response to a potentially long-lasting problem. So the department decided to try sea urchins to provide a more permanent natural solution. Since 2011, the centre has been growing sufficient sea urchins to release 2,000 to 5,000 into the bay every other week.

Claimed to be sole hatchery in the world producing these urchins for reef-restoration, the hatchery is partly funded as a result of a maritime accident. In 2009 the missile cruiser USS Port Royal ran aground off Honolulu International airport, significantly damaging the coral reef there, and now $600,000 from the “Port Royal” Trust Fund, established to restore the reef, is being used for the urchin project.

According to Cohen, healthy coral reefs contain huge numbers of cracks and crevasses which provide habitats for fish and other organisms. The trouble is that the algae is smothering those shelter spots. By using native sea urchins to remove the algae it is hoped that a healthy, natural ecosystem will be restored.

The program is expected to continue for at least another couple of years.