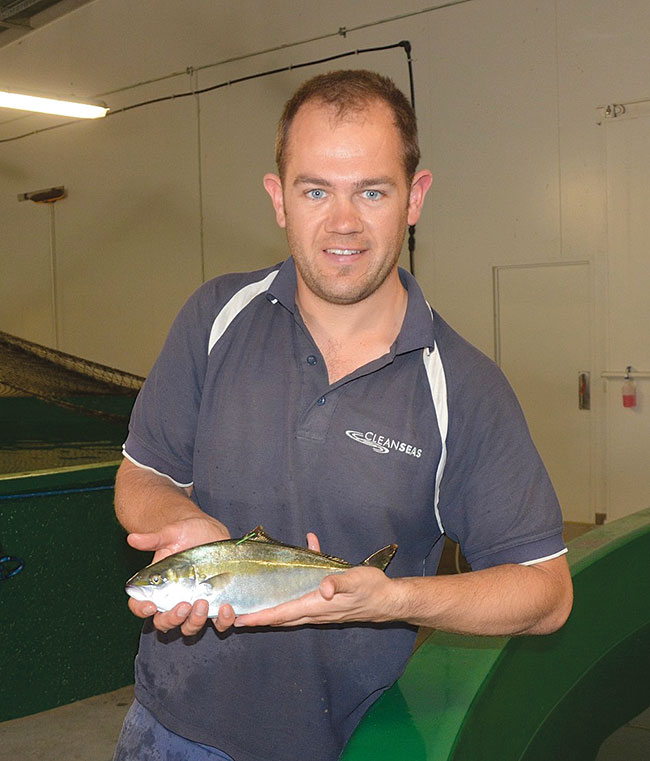 For Adam Miller, the combination of complexity and beauty is what excites him about working at a hatchery. As the hatchery operations manager at Clean Seas Seafood in Eyre Peninsula, South Australia, Miller understands the intricacies involved in the successful early rearing of fish.

“The hatchery process is very complex on many levels, attention to detail is paramount and trying to master all of this, whilst growing a beautiful species of fish makes it such an exciting prospect,” says Miller, who has been working as a hatchery professional for 12 years.

He has played an important role in the hatchery’s success, writes Dan Fisk, Clean Seas Seafood’s general manager, in his nomination submission for Miller.

“(Miller) started as an entry level technician and has worked his way up through every aspect of this department. Adam is a great leader and manager of both fish and people,” Fisk says. 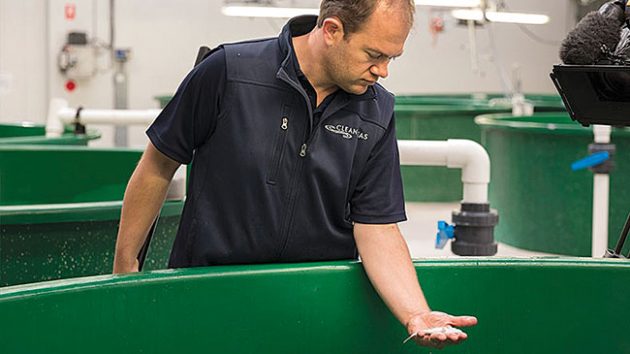 “This has allowed culling of our slower growing fish early in the process and thus sending superior fish to our sea cages for growing out to harvest,” he notes.

Miller was also instrumental in improving the company’s Yellowtail Kingfish husbandry practices at its hatchery, which improved fish health robustness at grow-out.

Fisk believes that Miller, in his own way, has been key to the development of Yellowtail Kingfish farming in Australia. “He has played a big part in taking this species, which had limited success from a hatchery perspective, to a business unit that supplies a reliable, sustainable, high-quality fingerling.”

Despite his love for his work, Miller acknowledges it is not an easy job, especially in Australia where aquaculture operations tend to be located in the countryside and remote sites. This can be “a bit of a shock for unprepared young professionals.”

“When starting in the industry, young people need to be patient, attentive, communicate well, follow through what is asked,” Miller advises. “There is a lot happening in the hatchery environment and things can change quickly. Adaptability and attention to detail are two big factors that will continually challenge us to get better at what we do.”

It appears Miller is on the right track in achieving his professional goal of making a positive impact in the global food production industry. Sustainability in the aquaculture sector is his ultimate purpose.

“By contributing where I can, we can help make the industry as sustainable as possible,” Miller says. “I want my children, and generations afterwards, to be able to do what I did when growing up – go down to the local beach/jetty and be able to go fishing and catch a feed. It is the ultimate joy and a great tool to de-stress and relax, something we need to do more of in this busy world.”