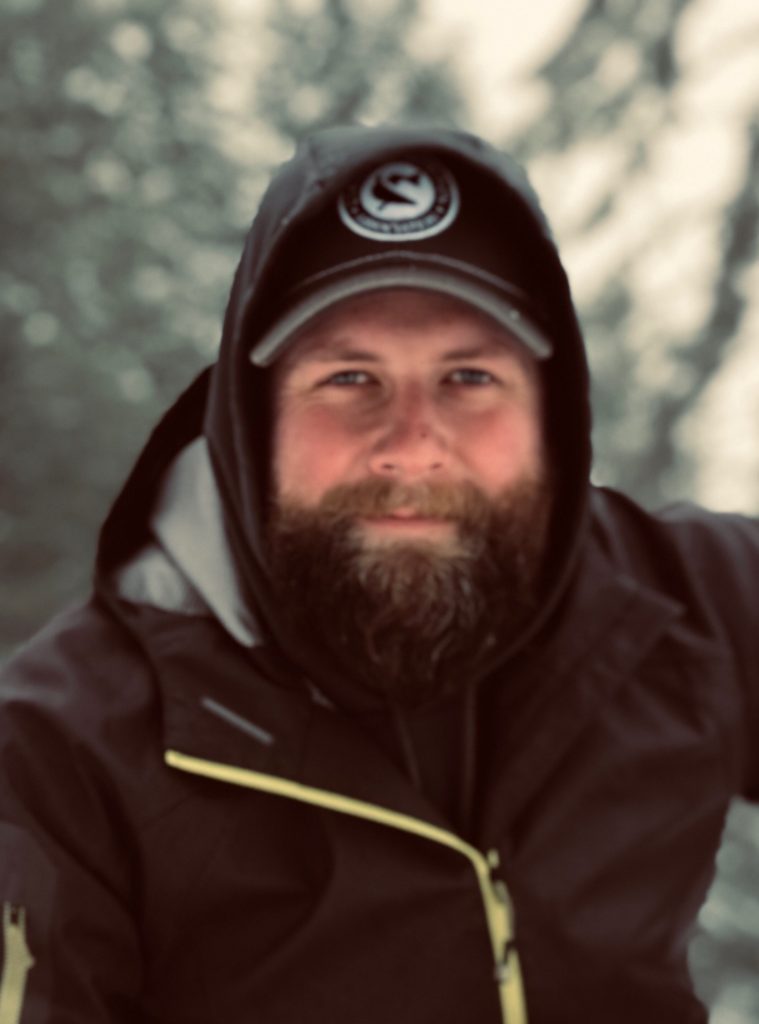 Hudson started working at Riverence when he was 16, working part-time through high school. Once he graduated high school, he began working full-time, juggling work and school as he pursued post-secondary education.

“Jeff started like most of us did – cleaning tanks and feeding fish – but his work ethic and ability soon attracted management’s attention and he was given greater responsibilities,” writes his co-worker Jesse Trushenski in his nomination.

When the farm rolled out its first RAS in 2011, Hudson was appointed to oversee this development, a role that eventually led to a bigger responsibility of overseeing the company’s plans to the renovate and upgrade the entire facility. 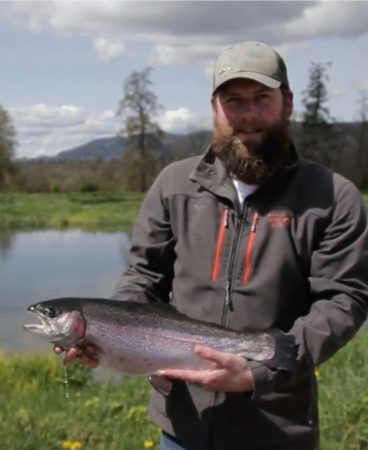 “Jeff managed operations during a complete overhaul of the Rochester property, overseeing its transformation from a somewhat outdated, flow-through brood station to a state-of-the-art RAS facility,” Trushenski says. “Under his leadership, Riverence Brood has become one of the most recognized suppliers of eyed salmonid eggs. Jeff’s commitment to quality and consistency is evident in day-to-day activities on-site and in the company’s unmatched customer satisfaction.”

For Hudson, those days he spent working part-time at the hatchery was instrumental to his decision to pursue a career in this field. He liked the scientific and biological aspects of fish husbandry, he says. And the technology advancements in recirculating systems galvanized his interest.

“Aquaculture is not always an easy industry to be in, you have to really enjoy it to stick with it,” Hudson says.

In addition to sustainability efforts Hudson helped institute within Riverence, he is also involved in local conservation efforts through enhancement hatcheries. He is a member of the advisory board of the Northwest Fisheries Enhancement, a not-for-profit organization dedicated to strengthening salmon and steelhead returns to Pacific Northwest watersheds, according to Trushenski. He visits local government-run hatcheries to offer his advice and recommendations on improving spawning and species survival rates.

“Being an egg supplier is great because I get to work with so many hatcheries in different locations with different conditions. I think that being connected and sharing information, so that we can all do better, brings up the industry,” Hudson says.

Hudson wants to see and be part of the growth and advancement of this industry, by sharing his expertise and knowledge any way he can. He not only does that through his hatchery visits, but also by engaging with the young students around the community, and helping educate potential future aquaculture practitioners.

His advice to these young people: “Get started with some hands-on experience as soon as you can and keep your eyes open for opportunities. I’ve been lucky to have several good mentors along the way that helped me. Try to learn whatever you can from the experts, the people who have been living it for a long time. There are several places that do internships, which is a great way to get your feet wet and see what it’s all about.”