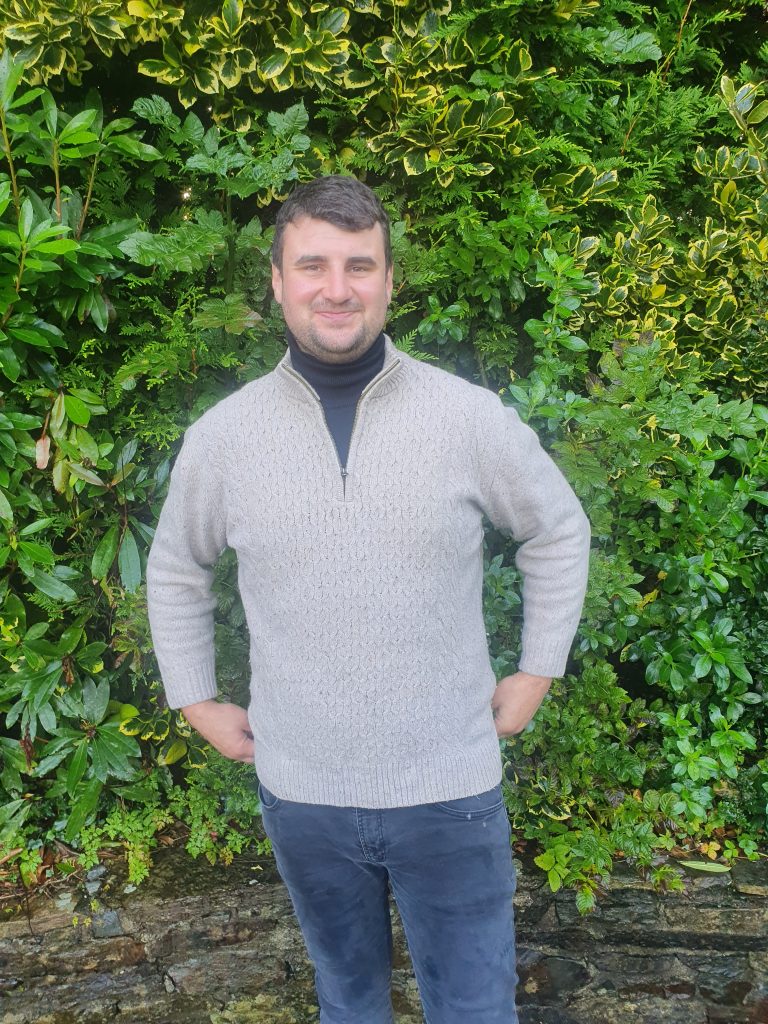 Thirty-year-old Gareth Murphy’s career choice came down to the lesser of two evils: the smell of salmon feed versus the grit of mussel lines. Now the hatchery manager at Irish Salmon Smolts in Cork, Ireland, it’s clear that Murphy chose smell over grit.

But his journey toward aquaculture as a profession was not without detours.

“My father had sent me to a boarding school in anticipation I would get an office job,” Murphy recalls. “After completing college and getting that office job, I managed a week and said I couldn’t possibly do this for the rest of my life. Four walls and a screen? No chance. And I left the job and went straight into aquaculture.”

Today his father is a top supporter and admirer of that ultimate career choice. In nominating his son for the Top 10 Under 40, John Murphy explains how his son – with very little fish farming experience – managed to rehabilitate not just one but two hatcheries and develop the protocols for a high-performing organic production facility for salmon smolt.

“Gareth turned 30 this year,” writes the elder Murphy in his nomination. “He has managed a mussel farm, lumpfish hatchery, and re-established two salmon hatcheries. He has done so without large funding. He is highly ambitious and has goals of setting up a post-smolt unit one day in Ireland. He has worked non-stop to develop these businesses and lived the risks that many others would crumble under.” 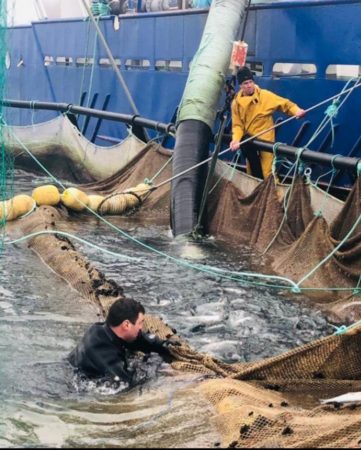 Gareth Murphy chose to work in aquaculture over a corporate career.

Much of Gareth’s aquaculture experience was gained working at a mussel farm in Cork’s Bantry Bay, spending long summer nights in mussel rafts thinning mussel stocks. Then on the weekends, he would feed the smolts at a local hatchery. Once he decidedly pursued his passion for fish farming, he soon took over a lease on an old salmon hatchery in Cork, installing the proper equipment and systems to operate the hatchery to best-practice standards. That hatchery is now producing 150,000 smolts per year.

Drawing from his successful foray into the hatchery world – with a track record of less than three percent mortality rate, according to John Murphy – the young Murphy took on another defunct hatchery in Galway, Ireland, in 2019. With a licence and capacity to produce 1,000,000 fish, this second hatchery is currently undergoing development to bring the operations up to par with current organic farming standards.

Gareth emphasizes the value of hands-on experience to excel in the aquaculture industry.

“We are in an age where a college degree is to be expected of most young people but for the aquaculture sector, experience is valued significantly higher and therefore getting the opportunity to advance in a role and take on more responsibility takes significantly longer than in other professions. Aquaculture can be extremely rewarding both personally and professionally it just takes time,” he says.

One of his biggest aspirations is to someday design a large-scale, high-performance post-smolt system, inspired by a previous visit to a post-smolt facility in Norway. “I would love develop a unit like that and bring it to Ireland.”

His advice to up and coming young professionals in the industry: “Get as much experience in farming as possible – whether it’s feeding at a nearby site at weekends or cleaning tanks. The more time you can spend in that environment the more you will learn and understand the role.”