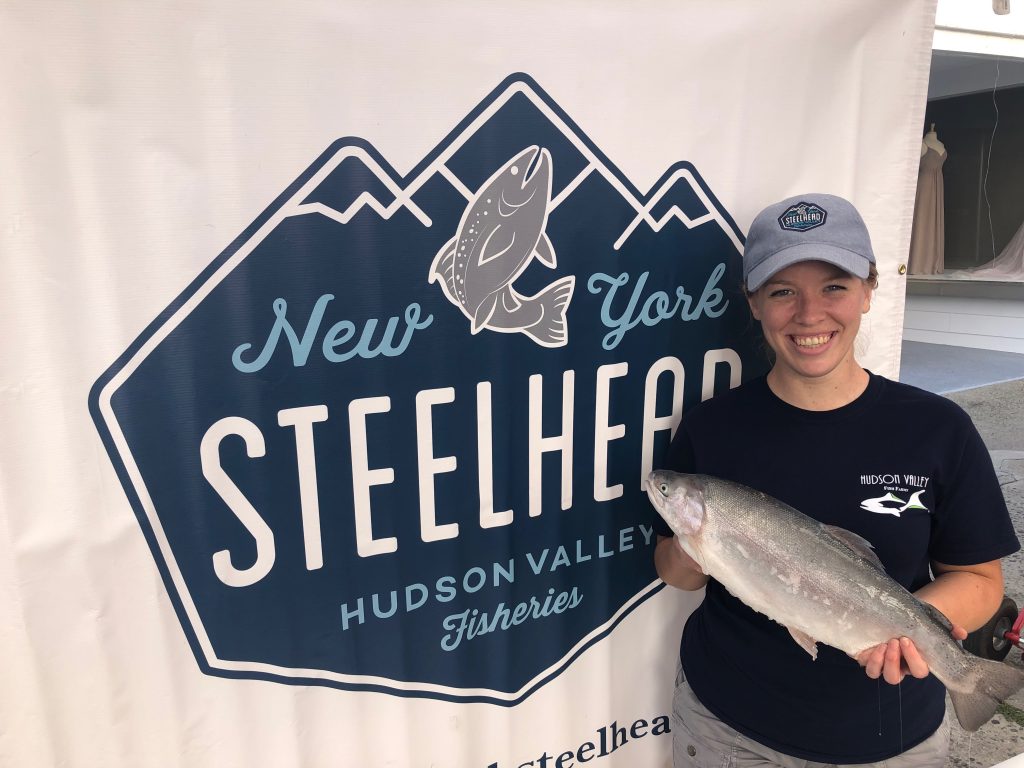 (Editor’s Note: Over the next few weeks, Hatchery International will profile each of the 10 winners of the Top 10 Under 40. Check out our next posts to get to know more of these outstanding young professionals in the hatchery sector.)

The ability to use technology innovations to pursue a more sustainable and responsible future is what pushed Brittany Peachey to a career in aquaculture, particularly in the application of recirculating aquaculture systems (RAS) in seafood production.

“I was drawn to aquaculture, RAS in particular, by the intersection of science/technology, fish care, and providing for people,” Peachey says. “I love watching the fish develop over time; there’s such beauty in watching them grow.”

At just 28 years old, Peachey is the operations manager for Hudson Valley Fisheries (HVF), a Hudson, New York-based land-based RAS farm producing Steelhead trout (Oncorhynchus mykiss). She is responsible for the health and welfare of millions of fish across 54 tanks housed at the 163,000-square-foot RAS farm. She manages a staff of 15 aquaculture technicians and oversees all aspects of the operations: egg procurement, hatchery, nursery, grow-out, harvest, biosecurity, equipment management and maintenance.

This young professional demonstrates her leadership not just by fulfilling her responsibilities to the business but also by being a resource for members of her team and for future aquaculture practitioners, according to Heidi Raker, a co-worker who nominated Peachey for the Top 10 Under 40 recognition.

“Brittany is passionate about sharing her knowledge and love for aquaculture with her team and teaches aquaculture students and hosts interns as well,” writes Raker. “Brittany’s leadership skills, along with her support of aquaculture education programs, and her continued strides in the field of aquaculture, make her an excellent candidate as one of the world’s Top 10 Under 40 hatchery professionals.” 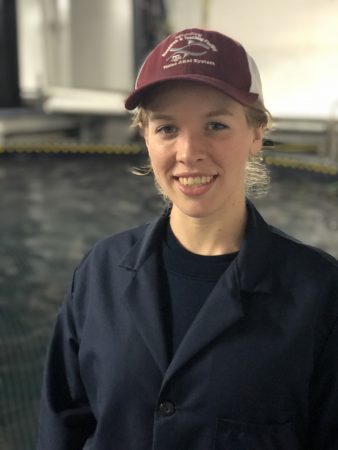 Peachey is keen on helping mould the future of the industry and is optimistic about the career prospects for them.

“I see a good number of young professionals that have academic knowledge but lack hands-on experience in industry. Fortunately, if the growing number of RAS projects is any indication, we’re at the beginning of an explosion in aquaculture job availability in the U.S.,” Peachey says.

Armed with a master’s degree in Aquaculture, Wildlife and Fisheries Science from Texas A&M University and a bachelor of science in Biology, Peachey quickly put her knowledge to practice, working as an intern at the Virginia Institute of Marine Science as an Oyster Aquaculture Researcher, prior to joining HVF, where she found her passion for RAS and sustainable production.

“Another attraction of RAS is the constant opportunity for improvement and innovation. I enjoy the challenge of fine-tuning the systems,” Peachey says. “I’m blessed to lead a team of dedicated individuals who take pride in their work.

With a long list of awards and citations from her academic years, Peachey continues to pursue excellence in her professional career. She has co-authored two studies published in the peer-reviewed scientific journal Aquaculture, participated in several aquaculture research initiatives, and has presented at a number of international aquaculture conferences over the last several years.

Her specific interest in RAS and its potential for advancing its role in seafood production is an important aspect of why she does what she does, and she has high hopes for the future of the technology.

“On the grand scale, I’d like to help push this industry forward in such a way that people can see how much we care about fish health and welfare as well as sustainability,” Peachey says. “We need to produce high quality fish to feed the world’s growing population while stewarding the resources we’ve been given. RAS is playing an increasing role in this; my aim is to perfect the procedures and processes of RAS to increase our efficiency in food production.”