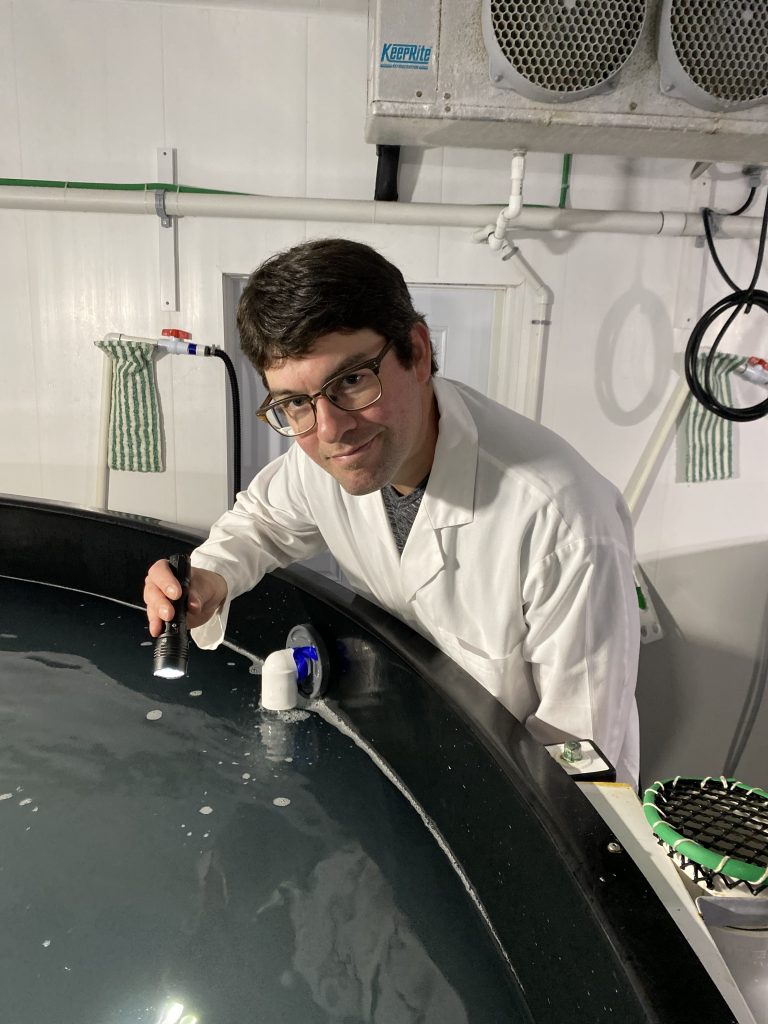 Growing up on an island surrounded by the ocean and where fishing is a part of his family’s DNA, Dan Paynter developed a passion for marine life. After graduating high school, he left his home province of Prince Edward Island (PEI), Canada, to earn a degree in fish biology at the University of New Brunswick. He then pursued an internship at the University College of Dublin in Ireland, where he studied juvenile fish populations in the Irish and Celtic Seas.

“When looking at potential careers, a sustainable industry on my home island of PEI was too good an opportunity to pass up,” Paynter recalls. 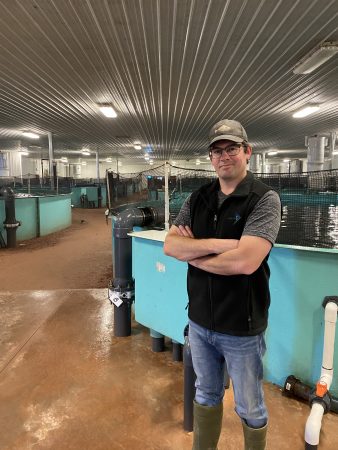 Paynter joined HPEI in 2011 as an aquaculture biologist. In addition to his regular responsibilities of feeding the fish, carrying out routine husbandry and water quality tasks and training the technical staff, he also completed a number of internal research projects aimed at optimizing halibut growing conditions, Johnson adds.

Paynter’s expertise grew as the company grew, eventually becoming the production manager at the same time as the Atlantic halibut hatchery was being built, overseeing its construction and the eventual operation. As HPEI developed its operations and improved its systems, Paynter honed his own skills and expertise in growing halibut in RAS.

Still, the journey is not without challenges, says Paynter. “A niche aquaculture species such as halibut provides additional challenges as the hatchery production still faces bottlenecks which require constant evaluation, feedback and troubleshooting.”

And for young professionals just entering the industry, the reality that any given aquaculture operation is at the mercy of a biological schedule can be difficult to wrap one’s head around.

“The necessary sacrifices an individual must make and the pressures of life or death that are constantly on one’s plate are very difficult to compartmentalize,” Paynter says.

Despite his company’s success in farming a relatively new species in RAS, Paynter and his team have made great strides in pursuing a more stable, efficient and optimal growing conditions for the Atlantic halibut. Paynter continued to facilitate research projects to improve the various aspects of the farms’ operations, including in live transport, evaluating density improvements, and gathering genetic samples from brood fish in other parts of the world, Johnson explains.

Paynter’s ultimate goal in his profession is to develop and optimize a land-based halibut industry in Atlantic Canada “that check off all the boxes of sustainability” including protein sources, environmental impact and the stability of the surrounding community.

And Johnson is confident Paynter will realize this goal. “Dan Paynter is on a trajectory to become a significant player in a developing aquaculture species. His age and rapidly growing skill sets will allow him to become a major player in the development of sustainable land-based farmed halibut. His role in developing a unique RAS-based Atlantic halibut hatchery is a major achievement. The continuous innovations developed will continue to contribute to stabilizing juvenile supply,” he writes.