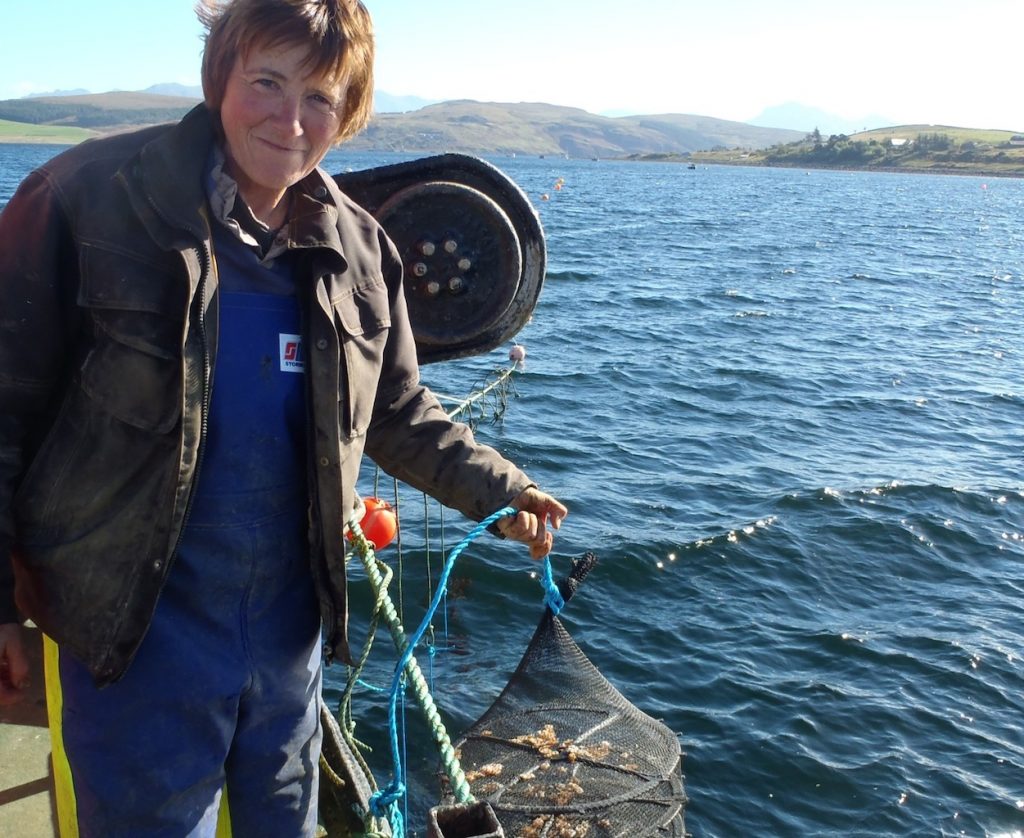 Two Scottish pioneers of scallop ranching have formed a company that seeks to transform the sector into an industry that could rival the country’s booming £500 million salmon sector. Development of a Scottish-based hatchery is fundamental to the vision.

Called Scot-Hatch, the company is run by Grant Campbell and Jane Grant, who are both based in the northwest Highlands of Scotland and both have considerable experience working with Atlantic scallops (Pecten maximus). Indeed, Campbell operates a business that provides hand-dived scallops to the French market, while Grant ranched scallops for 10 years with her husband, Willie, before the shortage of wild spat brought the business to a halt.

Established by Campbell in 2010, Grant was easily persuaded to join a venture that aimed to bring ranching back to reality, and they have also brought on board experts from Norway’s only commercial scallop hatchery, Scalpro AS, who are currently earmarked to set up a new hatchery in Scotland. All they need, apparently, is to raise in the region of £600,000. Matched by £800,000 of EMFF funding, this would allow them to set up and run a hatchery for at least five years – long enough to achieve a first commercial harvest.

While their aims might seem ambitious in some respects, they believe that the experience of other countries – particularly Japan, where ranching has allowed scallop harvests to increase from 10,000 tonnes in the 1970s to almost 400,000 tonnes per year today – proves that scallops can be ranched successfully on a massive scale.

And it was Japanese success which inspired Campbell in 2010 to get the ball rolling, importing Norwegian scallop spat from Scalpro to seed off Scotland’s west coast.

However, a combination of delays caused by Customs, the mixed quality of the spat and timing meant the first batch was a disaster, Campbell recalls, and in 2011 he sent his own Scottish scallops to Norway instead. Although these were successfully reared to 5-15mm, he once again encountered quality, transport and timing problems that resulted in 97% losses from the 320,000 imported.

However, in 2012, with Grant by now involved in the project, they tried for the third time and were successful – with 99% surviving the journey and the juveniles showing “amazing levels of growth” once they’d been transferred to trays and lanterns in Scottish waters.

When these juveniles reach 35-45mm, hopefully this May, they will be ready to be seeded on the seabed in areas protected by legislation known as Several Orders. Four years later, they should be ready for harvest, and trials undertaken by Scot-Hatch show that the scallops’ survival rate can be improved from roughly 25 to over 70% through the removal of predators such as starfish, sea urchins and crabs.

However, despite finally achieving success with their third Norwegian-raised crop of scallops, Campbell and Grant are determined to not only expand their own business, but also act as a catalyst for growing the scallop ranching industry throughout the British Isles. And they are convinced that the only way to achieve this is to establish a commercial-scale scallop hatchery within the UK.

Grant believes that there are a number of good sites for a hatchery in Scotland, which is blessed with numerous locations that offer to the basic ingredients – Grade-A classified (ie extremely clean) water which is at a reliably steady salinity. However, the other important factor at this stage will be the expertise of Scalpro, in particular the company’s scallop supremo, Thorolf Magnesen, who will then apply his closely-guarded hatchery techniques.

“To have a hatchery in the UK would make a huge difference,” Grant explains, “as, under the current system, transporting the juveniles back from Norway is a nerve-wracking business. It limits how many we can bring across too and we’re also having to fly them over and put them straight into the sea when they arrive back in Scotland, whereas it would be more useful to initially keep them in a raceway for a few weeks, so that there were fewer predators about when we put them into the sea.”

“We could make plenty of cash continuing with the present system,” she explains, “but we’re determined to fulfil our vision of bringing a hatchery to Scotland, which would allow us, and other producers, a guaranteed and plentiful supply of scallops.” It is clear that many other shellfish farmers, both current and future, have expressed considerable interest in the idea.

However, despite Grant’s compelling case for the idea, the clear market for scallop spat, and the relatively small sums of funding required to establish the hatchery, she has been astounded by the lack of governmental support, and she cites political indifference as a considerably bigger obstacle than either water quality or starfish. With the establishment of the hatchery currently hanging in the balance, it will be interesting to see whether private investors will see the logic of Grant’s idea, the major hurdle being the five-year wait before they’re likely to see any returns.