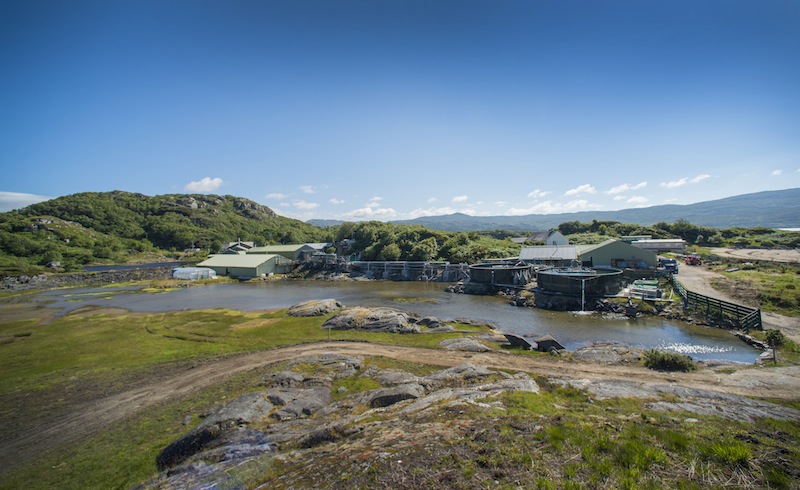 To add to its sustainable agriculture division, Benchmark Holdings Ltd of Sheffield, England acquired the Ardtoe marine research facility on the west coast of Scotland in October 2013. Now the facility, which was built in 1965, is in the midst of an upgrade that will take place in three stages.

First is the development of a commercial trials unit. Sterner Aquaculture, the UK and Norwegian aquaculture equipment supplier, is the main supplier and engineer for this project. The single-story unit will allow client companies to carry out commercial production trials in both fresh and saltwater, sustainably supplied by a biomass renewable-energy system and photovoltaic panels, as well as heat exchangers and heat pumps.

The unit is not large but is designed to be as “flexible” as possible. The seven rooms inside have fully washable walls, all fitted with a biosecure room-transfer system and are contained in a galvanized-steel structure with insulated concrete floor footing and Siberian-lark cladding on the outside. The goal is to have it “up and running” with fish in it by the fall.

Benchmark has yet to get planning permission and permits for the latter two phases of the extensive revamp. The second project is a new finfish unit to continue Artdtoe’s work with different species, ranging from cod, halibut, haddock and turbot to dover sole, sea bass, wrasse and lumpfish cleaner fish.

And the third project will be for shellfish, including native and Pacific oysters. Managing director Jim Treasurer noted that the site already grows both microalgae and macroalgae in the form of three different types of seaweed, in part to feed the shellfish being researched at the centre.

In keeping with Benchmark’s sustainability policies and programs some of the equipment being used was taken from a mothballed aquaculture unit in Victoria, British Columbia, on the west coast of Canada.

“In the end,” said Ardtoe site operations director Ben Perry, it’s intended that Ardtoe will be the model for research in aquaculture.”

For now there is considerable effort focussed on cleaner fish production, because of the demand from the salmon-farming industry in Norway and Scotland, to counter sea lice infections.

The purchase of Ardtoe was the first venture into aquaculture under Benchmark’s Sustainable Agriculture Initiative. It has long been working on sustainable animal husbandry in pigs, poultry and beef production.

Benchmark works on many different aspects of food-animal production, including vaccines, animal health and animal feed.