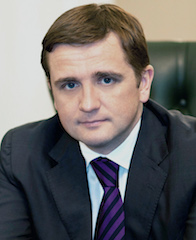 Russian authorities are seeking ways to improve the efficiency of state-owned salmon hatcheries in Primorsky Krai, Sahalin Oblast and Magadan Oblast. And according to a recent statement by the head of Russian Fisheries Agency, Ilya Shestakov, one of the options under consideration is

their possible sale to private investors,

With a decline in budget funding, the agency is looking for ways to reduce operational costs, said Shestakov.

There are nearly a dozen hatcheries that could be sold to private investors. These are facilities with a potential combined capacity of nearly 180 million fingerlings though many are antiquated Soviet-era facilities which are said to be operating far below capacity.

“With each hatchery we will consider this issue separately,” Shestakov explained. “There could be an option of transferring facilities to commercial structures based on a rental agreement or creating some sort of public-private partnership.”

However, market participants suggest that it could be hard to find investors to participate in these projects, given the fact that most of the hatcheries have not been financially viable for decades.

Representatives of one aquaculture company who wished to remain unnamed estimated that overall each hatchery will require an investment of US$8-12 million in equipment, infrastructure and other things. He also added that it may turn out to be more practical to simply build new facilities.

In general, giving the country’s budgetary problems, if the authorities are not able to find solutions for each hatchery within the coming 2-3 years, it has been suggested that they may be closed.