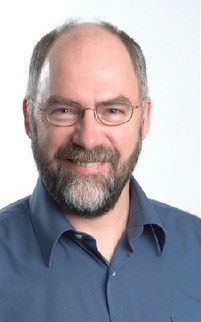 Bernatchez of Université Laval (Laval) in Canada is hoping to use recently available genomics tools to address challenges in improved management and the re-evaluation of hatchery/wild interactions of coho salmon.

The four-year project, entitled Enhancing Production in Coho: Culture, Community, Catch (EPIC4) represents an investment of $9.9 million by Genome BC, Genome Canada, Genome Quebec and other partners. It is hoped that results of the work will lead to an economically viable coho salmon fishery and aquaculture industry in BC, serving both domestic and export markets. The outcomes of the project should also be transferable to other species of Pacific salmon and salmonids from other regions of Canada.

“Our research team from SFU, Laval, Department of Fisheries and Oceans, the University of Victoria, the University of British Columbia, Vancouver Island University and Universidad de Chile anticipates that EPIC4 will transform how coho salmon are managed on the West Coast, and that the knowledge gained from this work will improve the production of healthy fish that are resilient in the face of pathogens and climate change impacts,” says Dr. Davidson, Professor, Department of Molecular Biology & Biochemistry, SFU. “This project builds on investments made by Genome BC and Genome Canada on previous salmon genomics projects and will see the expertise developed in BC translated into practical applications.”

The interdisciplinary team of natural and social scientists will sequence the coho salmon genome, document the genetic diversity of thousands of individuals and determine how coho salmon from different geographic regions vary genetically.

Davidson said work on EPIC4 will open with the sequencing of the coho genome so that various development traits can be enhanced through identified genetic markers.

He said that coho, which have a three-year lifecycle, tend to stray less from their natal streams than other Pacific salmonids, so in future individual fish will be able to be traced to their particular families using DNA “fingerprinting.” This may help identify coho families with the best growth and ocean-survival rates.

Davidson also explained that in the final stage of the project, social scientists will be brought in to look into the impact of the research and the extent to which different parties can be expected to adopt parts of the techniques and technology from which they might benefit most.

That includes First Nation communities along the coast, to which coho salmon are known to be especially important.