News & Views
Sakhalin, Russia is getting a new hatchery

Russian company Salmo Plus has started building a new hatchery to produce Siberian salmon (Oncorhynchus keta) fry, the company said in a statement. With the overall investment cost of Rub380 million (US$6 million), the hatchery will be producing 73 million fry per year beginning in 2020. 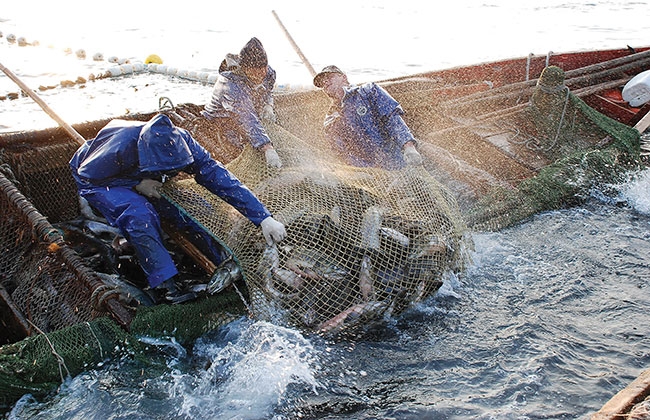 Sakhalin has seen the volume of salmon production reducing in the past few years. Russian company Salmo Plus has started building a new hatchery

The fish will be released in the local waters to be caught several years after, said Stanislav Fyodorov, general director of Salmo Plus.

Under the common approach investors establish a complete reproduction cycle at a hatchery of that kind, which means that all production stages from egg incubation up to release of the fry to the water are taking place within one production unit, according to Fyodorov. Salmo Plus will transfer fry almost immediately after hatching to “the breeding ground” – the artificial reservoirs near the spawning rivers.

This approach reduces the investments necessary to build a hatchery and also takes down the production costs, Fyodorov estimated.

“We expect to release the fish Siberian salmon into the local waters in 2020. The full-grown fish will return only in 2023. This means that the company will have to operate with almost zero revenue for several years. The residency in the Vladivostok free port, with tax and other preferences associated with it, will help the company to endure in this most complicated period of its development,” Fyodorov said.

The residency in the Vladivostok free port is an operational regime that the local government in the Russian Far East grant to some investors whose projects are considered to be important for the local economy. This regime involves numerous tax breaks and several other bonuses.

With 73 million units of fry released to the local rivers, it was estimated that 3,000 tonnes of full-grown fish could return. Giving the current prices for Siberian salmon on the local market, Salmo Plus believes the payback period on the project will be limited to eight years.

Alexey Belik, deputy chairman of the Sakhalin Island government, commented that the Siberian salmon produced by Salmo Plus in future could be found all over Russia. Belik continued that the fishing industry is very important for Sakhalin, and its further development requires new projects in the reproduction area.

In 2017, the fisheries of the Sakhalin caught 27,000 tonnes of humpback salmon (Oncorhunchus gorbusha). This was one of the lowest figures in the past few decades. The local scientists repeatedly claim that population of salmon species in the local waters have been constantly falling due to continuous poaching and several other factors.

Sakhalin has seen the volume of salmon production reducing in the past few years.