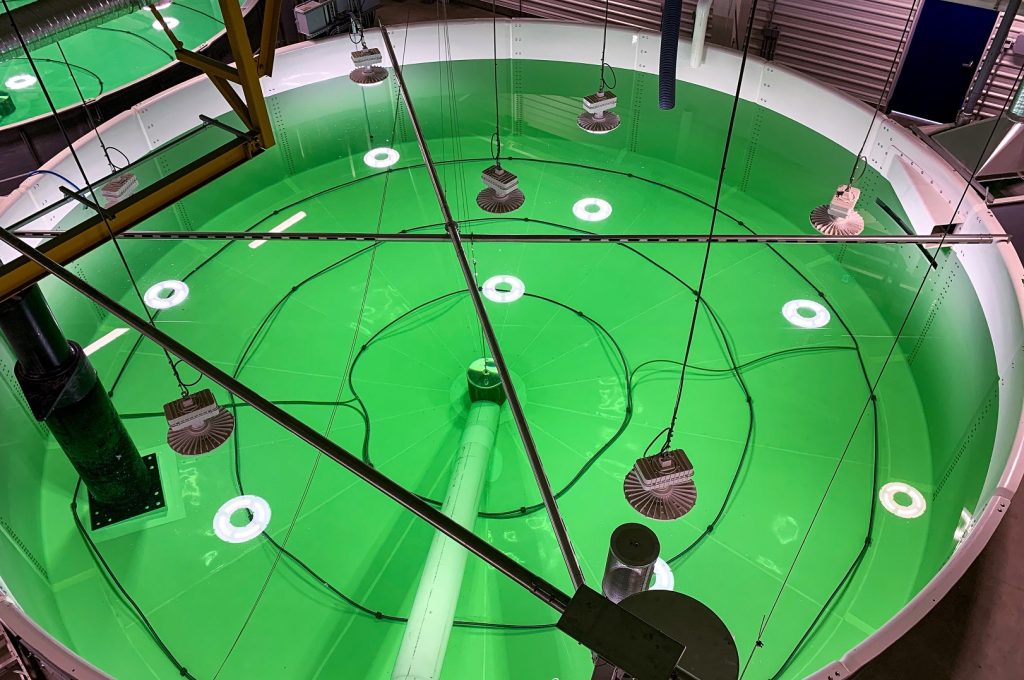 Am aerial view of a RAS 34 tank. Photo: Grieg Seafood BC Ltd.

The expansion of Grieg Seafood BC Ltd.’s (Grieg’s) Gold River Hatchery project, known as the RAS 34 Project, is coming close to completion, and the team celebrated reaching the first three milestones signalling the end of the project is near, in mid-February.

In a Grieg Seafood BC press release, the division’s managing director, Rock Boschman expressed the team’s excitement about the new hatchery facility’s tanks being filled with water. Adding water to the six tanks in the RAS 34 building will allow the team to begin to working with the system to create the necessary healthy bacteria and water conditions required to support the growth of up to four million smolts. 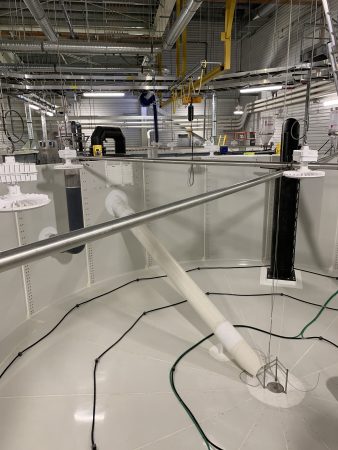 A RAS 34 tank prior to being filled with water. Photo: Grieg Seafood BC Ltd.

“The new facility will effectively double our smolt capacity at our hatchery and allow us to start to explore keeping our fish in the hatchery for longer which will reduce the time required in the ocean, known as post-smolt farming, This is part of our overall company goal of transitioning more of our production onto land,” Boschman continued.

“With our constantly evolving research and science into new and better fish culture processes, we now know that there are benefits to both the wild and farmed populations if we allow our fish to grow larger than the traditional 100-gram size at which we have been generally transferring smolts to our ocean farms. These benefits include the reduced time spent in the ocean, which minimizes the overall period during which wild and farmed salmon can interact. It also has direct benefits for the farmed salmon, as by allowing the fish to grow larger on land and transferring them at a larger size to our ocean farms, the fish are better able to handle the transition from fresh to salt water, and are overall healthier as they are better able to resist the natural bacteria and pathogens found in the ocean environment.” 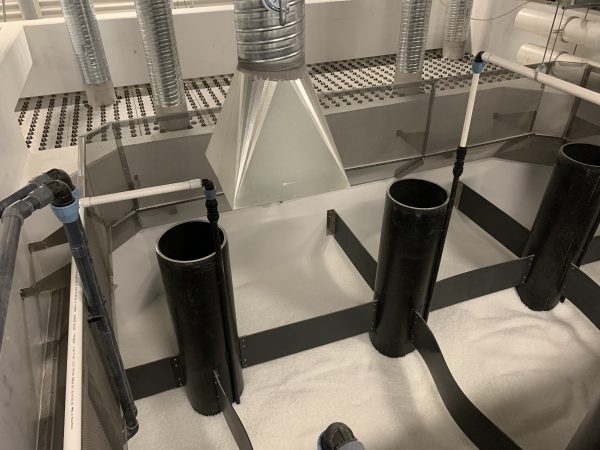 One of two biofilters within the RAS 34 building. Photo: Greig Seafood BC Ltd.

“Later this spring we will be hosting several events to mark the completion of the new facility and celebrate with local communities and our employees,” added Boschman. “As a company, we would be interested in continuing to move forward with projects like these which help to improve our overall operation, create jobs and inject millions into the local economy. We are hoping that by working with local Nations, the provincial government, and the Department of Fisheries and Oceans we will be able to help define what a transition for the industry will look like, and how we can look to invest and grow in that direction once we have industry stability, which will be required for any type of further investment in our operations.”