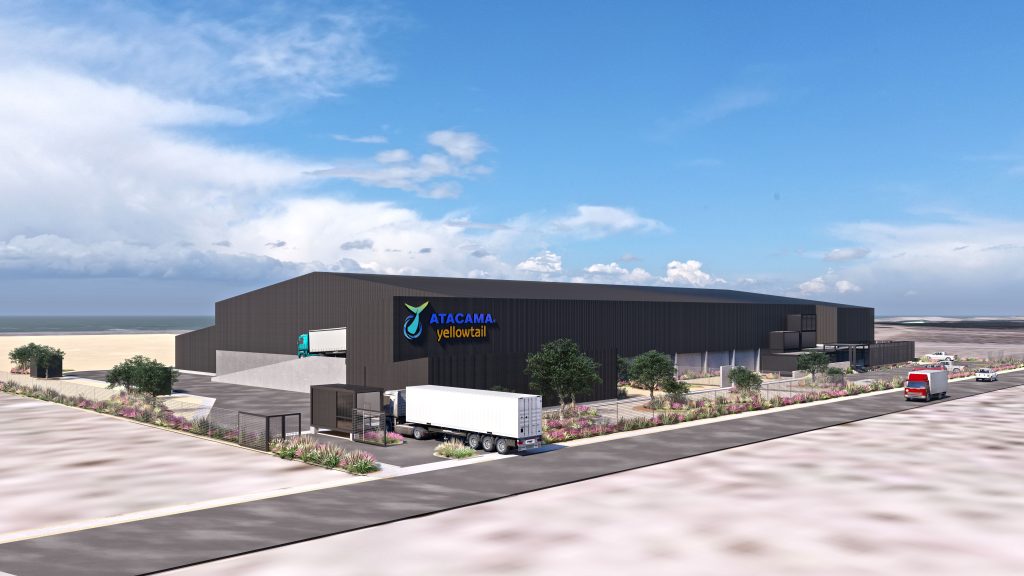 AquaMaof Aquaculture Technologies has signed its first contract in Chile with Atacama Yellowtail SpA (AYT), for the cultivation and production of 900 tonnes of yellowtail kingfish (Seriola lalandi) in Tongo Bay, located in the Coquimbo Region, with production expected to double, reaching 1,800 tonnes per year in the second stage. The signing of the contract comes as a result of work and effort invested together by AquaMaof, AYT, and Inno-Sea. The project’s initial investment was US$25 million, with construction of the facility expected to begin during the second half of 2022, delivering the first harvests to the market in Q4 of 2024.

The project will look to supporting the diversification efforts of the Chilean aquaculture industry, and offer the market a premium fish, known in the Japanese market as Hiramasa. Considered ‘premium grade’ for sashimi, the Yellowtail Kingfish is also highly valued in markets such as the USA and Brazil.

“This project is strategically important for AquaMaof in Chile. We look forward to working with AYT to supply the most upscale markets with high-quality Yellowtail Kingfish. We consider this to be the next Bluefin Tuna, grown in a healthy and controlled environment, without the use of antibiotics or chemicals. The result is a healthy, nutritious and fresh source of seafood, produced in a sustainable way while safeguarding fish welfare throughout their lifecycle, and optimizing the human resources required to be involved in the processes,” Roberto Tishler, sales director of AquaMaof.

“Respect for the environment in the development of a sustainable fish farming facility are key values for AYT,” says Jorge Urrutia, general manager of AYT. “In addition to deploying the latest recirculation technology and processes, the Atacama Yellowtail project will create approximately 50 new jobs, enabling the communities of Tongoy and Puerto Aldea to train in and develop economic activities different from those traditionally available to them. This is one of the objectives of AYT – to deliver a sustainable industrial activity that provides decent jobs, with employment security and permanent training.”

AquaMaof and Inno-Sea are to participate in this project as shareholders.