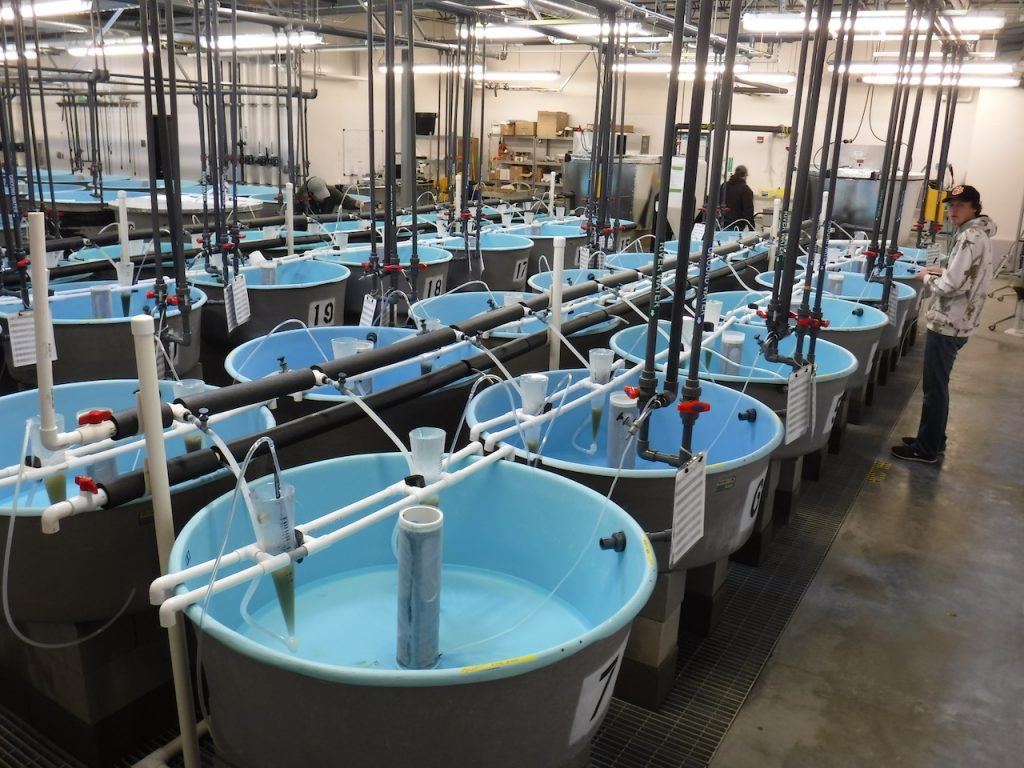 The Twin Rivers Sturgeon and Burbot Hatchery (TRSBH), run by the Kootenai Tribe’s fish and wildlife department, is located at the intersection of the Kootenay and Moyie Rivers in Idaho.

Shawn Young, the tribe’s fisheries and aquaculture program manager, said staff had been hoping to raise and put out approximately 125,000 young burbot – an optimistic target considering how challenging burbot are to raise. In the end, some 260,000 burbot fingerlings, plus a number of white sturgeon, were released.

Encouraged by its success, the department has published two manuals to aid enhancement programs and assist commercial growers. One is for burbot breeders and the other for white sturgeon hatcheries.

Asked about some of the challenges encountered with the burbot, Young told Hatchery International that the species is well recognized as being cannibalistic. That’s often the case for the larval stage, but burbot are very aggressive throughout their lives.

Some turn on their fellow burbot while still in the pelagic larval stage, others won’t start feeding on their colleagues until they’re two years old, and still others at four years or later. Some demonstrate a preference for burbot rather than feed.

The hatchery fed its larval burbot rotifers and artemia as well as zooplankton, prior to switching them to a commercial diet from Skretting that had a higher content in fish oils and fish meal – as well as animal oils from zooplankton – than standard salmon and bass feeds.

Young said the hatchery was designed and built to house more than 150 tanks of different sizes for the fish. The sturgeon “half” of the 10,688 sqm (35,000-sq-ft) building contains 78 tanks of varying sizes, including some 4.8m(16-ft) diameter units used for holding broodstock obtained from the wild.

Those broodstock are held just temporarily in the hatchery until their milt and ova ripen and are ready to be taken and mixed to produce offspring. The fish, which are mostly quite old, are then returned to the Kootenai River, hopefully to continue producing usable eggs and sperm in the coming years.

Young said the burbot “half” of the building, which also includes facilities for producing the rotifers, artemia and plankton for the fish, contains seventy tanks for the fish: thirty 1.2m (four-ft) diameter units, twenty-eight 1.8m (six-ft), and twelve at 3m (10-ft).

Young also explained that the hatchery is almost completely flow-through. He said the operation has been running at a maximum flow of about 1,200 gallons a minute, depending on what was happening in the building.

“Fortunately we have plenty of good, high-quality water,” he said. “Water quality and quantity have not been a consideration for us.” The three sources are the main Kootenai River surface water; the Moyie River; plus three wells for groundwater.