Features Recirc
Azerbaijan home to largest hatchery in the Caucasus

A group of private investors recently commissioned the Varvarynsky Fish Farming facility in Azerbaijan, reportedly the largest hatchery in the country, designed for rearing up to 50 million sturgeon fry per year. 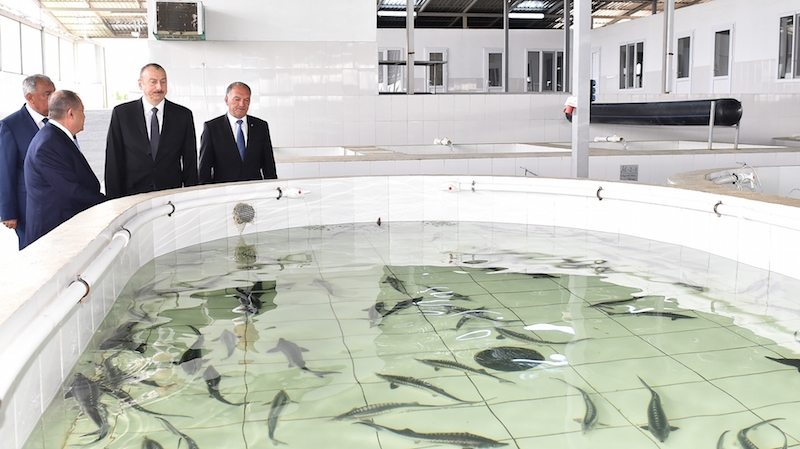 At the opening ceremony in late April Azerbaijan President Ilham Aliyev noted that the hatchery could be used in multiple ways, including for the facility’s own needs to produce sturgeon and caviar as well as for the supply of fingerlings to other aquaculture farms within the country and some for release into the Caspian Sea.

According to an Iranian research institute, sturgeon stocks in the Caspian Sea have shrunk by 25-30% over the past decades, and if the situation doesn’t reverse itself sturgeon could become extinct there by 2021.

The total designed capacity should be reached by 2020-2023, Allahverdiyev said.