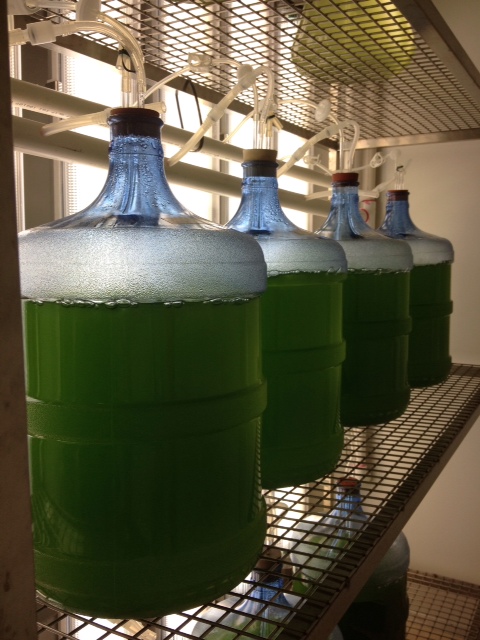 Research explores the effect of storage conditions – refrigeration and freezing – on the fatty acid profiles of four concentrated species of microalgae.

A new study out of Australia finds that certain microalgae concentrates have a longer shelf life than others and could replace or supplement traditional live microalgae traditionally used in hatcheries to feed certain fish and shellfish larvae.

The process in maintaining live microalgae in the hatchery has been considered, by many, to be a bottleneck for managers because of the high cost and labor requirements necessary to grow and sustain the fresh algae on site.

To qualify as a viable alternative to fresh microalgae cultures, microalgal concentrates kept in basic storage conditions should have a shelf life of at least two months, demonstrated by a stable biochemical profile over that time period.

Of the four concentrates studied, the most stable products were the Nannochloropsis sp. and D. tertiolecta, with no significant change in the fatty acid profile or protein content after two months storage in the refrigerator.

The researchers who conducted the study said this knowledge could help hatchery managers with production plans and labor costs.

“Microalgae concentrates as high-value boosting diets will become more popular,” said Arnold Mangott, one of the authors of the study and a researcher at James Cook University and MBD Energy Ltd.

Human consumption of protein from aquaculture, in particular fish, is gradually overtaking protein from agriculture, so demand will rise drastically in the future.

“There will be more algae feed developed for this demand and knowing the quality and the degradation over time is crucial for a high quality product,” noted Mangott.

According to the study, mass culture of microalgae for rearing larval and juvenile aquaculture species can represent 30-40% of the hatchery operating costs, while outright culture crashes at critical points in hatchery runs can be devastating for production.

The study represents a drive to expand the amount and variety of the limited microalgae concentrates existing in the hatchery market today.

Mangott said that there were some surprises that came out of the research.

“We were surprised that the quality of N.oculata and D.tertiolecta was so stable over time, regardless if it was kept in the fridge or freezer,” he explained. “This is a very good outcome as both are very high quality potential feeds, with good mix of amino acids, fatty acids and carbohydrates. We somewhat expected that the two diatoms are worse off due to their delicate morphology.”

Mangott believes there are other microalgae concentrate out there to be studied.

“There are quite a few more microalgae we would like to study in the same way,” he said. “At the moment there are only a few microalgae which are used for aquaculture feed. We believe, and know that there are many more algae (in particular blends) which will help to boost the industries productivity.”

Currently Mangott and team are looking at various finfish species and what impact certain microalgae blends impact fish health in the long-term.