Features Profiles
Upfront, Down Under

MainStream Aquaculture has been at the forefront of aquaculture development for nearly two decades. The company’s new 1,000-tonne RAS facility, 30 minutes from downtown Melbourne, is an amalgamation of those years of experience in producing barramundi for the retail and food service sectors. 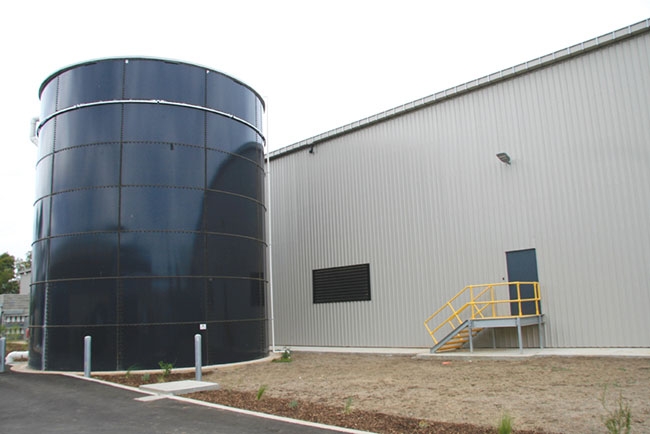 Mainstream Aquaculture: the view from the board room. The company’s new 1

The first thing that strikes you when you enter the building is its space and quietness. As chief scientist Dr. Paul Harrison explained, “Land-based aquaculture has come a long way, particularly in the last decade. Our facilities are designed with the operator firmly in mind. The fish still come first, but ergonomics and automation come a very close second.”

Reflecting the strong commercial element upon which MainStream has been built, Harrison pointed out that the plant has been designed to produce and sell high quality fish. From the picture window boardroom, buyers can look over the uncluttered and spotlessly clean production area, watch their fish pumped up to the grading area and slide down their respective chutes into the chilled packing room.  The fish are iced and on their way to market inside an hour of being harvested.

The barramundi breeding program that the company has been implementing over the last 12 years has also been a contributing factor to the production efficiency. The Wyndham farm will take two million fry a year from the hatchery, which has capacity to produce 100 million fry, most of which are exported.

Saving energy
Power costs have been addressed at every opportunity. A move to utilising a new technology of medium head oxygenators has resulted in significant energy savings. This has proved particularly timely as power costs have escalated dramatically in Australia over the last couple of years. Harrison estimates that targeted efficiency design over the past decade has cut about 50% off the power cost per m3 of water. On top of this, he cites an economy of scale realised with the larger format systems, with the net result being improved energy bills.

The artesian aquifer over which the farm sits delivers hatchery-quality water at 29ºC with a carbonate hardness of 320ppm. No pH buffering or heating is required.

The grow-out system is a mix of proven industry equipment and unique design.  The facility is on four levels: the basement with oxygenation, fish handling and control equipment; the working ground floor; the sorting mezzanine; and the dedicated processing and sales room.

Eight 600m3 tanks and the filtration system sit on the ground floor and extend into the basement. A floating bead bio-filter uses a polystyrene media for nitrifying bacteria. The filtration plant and vertical turbine pumps are situated at the far end of the insulated shed. The water passes through 60µm drum filters (Hydrotech), biofilter and degassing chamber and is then lifted once to return to the tanks via the Oxyflow oxygen contactors. A side-stream system sends water through a foam fractionator (RK2) with ozone.

Mainstream Aquaculture: the view from the board room.

Work of Art
The basement section is a work of art. Whilst functionally complex, it is extremely well set out giving the sense of simplicity and is amazingly quiet.  In this section the low head O2 chambers (from FOX aquaculture) and associated oxygen control (Oxyguard Pacific) operate to maintain optimal levels of oxygen in the tanks (90-100% saturation). In addition, the automated feed system (AKVA) is routed seamlessly to each tank, and a fish pumping system in which the pump remains in a fixed position is accessed.

All equipment connects to a customised PLC with SCADA interface enabling a single technician to operate the plant including the activities of feeding and harvesting.

Automated harvesting
Harvesting is fully automated. The 600m3 tanks can be completely drained, with fish and water pumped to the fish handling equipment on the mezzanine level. Water can then be recovered through a network of fish handling pipes. Harrison said that the design here focused on enabling a single operator to move fish from and to anywhere in the plant without having to net or handle the fish. Apart from the saving on labour, stress on the fish is minimized. No feeding is lost, and consequently, there is no interruption to the production cycle.

Fish are harvested and sold at 600-1000g and 3-4kg. The grading floor is designed to allow the fish to be either returned to the tanks for further growth, sent to purging tanks, or sent to the chilling and processing room if they’re going to market.

Worldwide reach
MainStream has established itself as a leading supplier of barramundi table-fish, and a leader in aquaculture technology. The company’s reach is worldwide with its fingerlings now being sold in 23 countries; in addition to its own domestic sales of high quality, high value table-fish.

Harrison said that, “Persevering with land-based farming in the pioneering days of the technology has provided us with valuable, albeit hard won, learning experience. The expertise we have gained has placed us at the forefront of the sector at a time when being able to control growing conditions could ensure success or failure of an aquaculture venture. The technology has a clear application for juvenile supply into large format farming operations such as pond farms and sea cages. For highly productive species like barramundi, the technology is now commercially viable for table fish production.