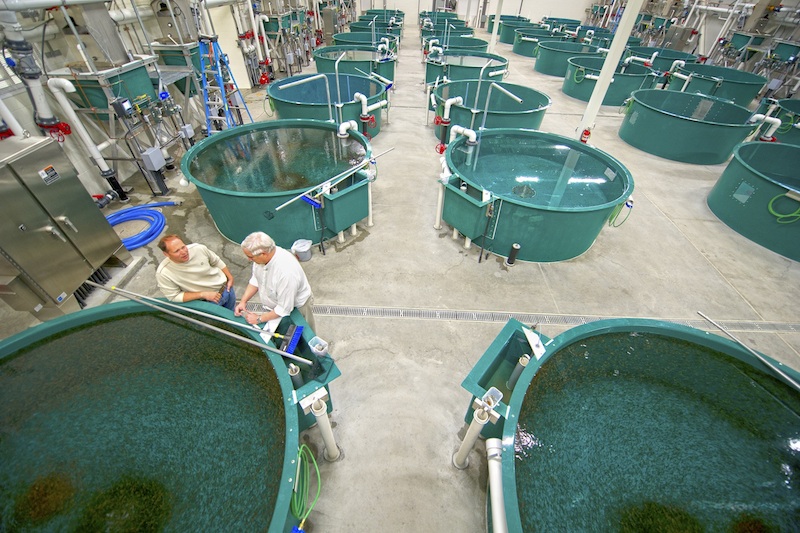 Two new hatcheries in Alaska can take some credit for renewed public interest in recreational salmon fisheries owing to the strong returns of chinook and coho.

Salmon fisheries in parts of Alaska have taken off – mostly credited to a couple of new hatcheries in the region.

Hatchery-based recreational fisheries have contributed greatly to the state economy. So the Alaska Department of Fish and Game (ADF&G) built the angler community two new hatcheries – one in Anchorage and one in Fairbanks – a couple of years ago.

An agency official told HI a few weeks ago that both facilities can take some credit for renewed public interest in the sport owing to the strong returns of chinook and coho Pacific salmon.

Jeff Milton, in charge of the state’s sports-fish hatchery program, said that the Fairbanks hatchery saw a considerable increase in catches and participation during first returns this year.

He and a colleague in the fisheries section, biologist Dan Bosch, confirmed a strong return of Pacific coho salmon to the shoreline community of Seward.

Milton said the agency released some 200,000 coho smolts from the William Jack Hernandez Sport Fish Hatchery (WJHSFH) in Anchorage last June. Another facility operated by the Cook Inlet Aquaculture Association released fish into Seward’s Resurrection Bay, thanks to the donation of $25,000 from the Seward Chamber of Commerce.

The releases were put out at a bigger size, and because of this, says Milton, their marine survival has been remarkable. Rather than returning at the expected 6-10%, the Seward-released coho have been returning as adults at an estimated 18-20%, causing the waters of Resurrection Bay to churn with the number of silvers or cohos.

Milton provided some historical context, explaining that when older hatcheries were decommissioned because they weren’t able to heat the water to grow the fish quickly to a larger size, the state lost the ability to raise hatchery salmon to a size that would give them a greater chance of survival at sea.

The size of the release smolts dropped from approximately 20g, to about 15-18g with the result that the fish took longer and needed to expend more energy to grow because of the colder water. Because of this, the survival rate and returns of adult salmon declined, and along with that went participation in the marine sports fishery.

“We saw a drop of anywhere from 30% to 60% [in participation in recreational fishing] in some stocking locations for the last 10 years,” Milton said.

With the new hatcheries in Anchorage and Fairbanks, the agency hopes to see that trend reversed – hopefully in a matter of a few years.

Although estimates on the number of fish returning from the hatchery-release program are not available, there were reports of some people taking their daily limits in just eight or so casts, and in some instances in less than 30 minutes.

One resident angler is quoted as calling it “the most amazing fishing in probably about eight years.”