The high mortality rate of green-lipped mussel (Perna canaliculus) spat shortly after they are seeded onto nursery ropes has been linked to feeding delivery. 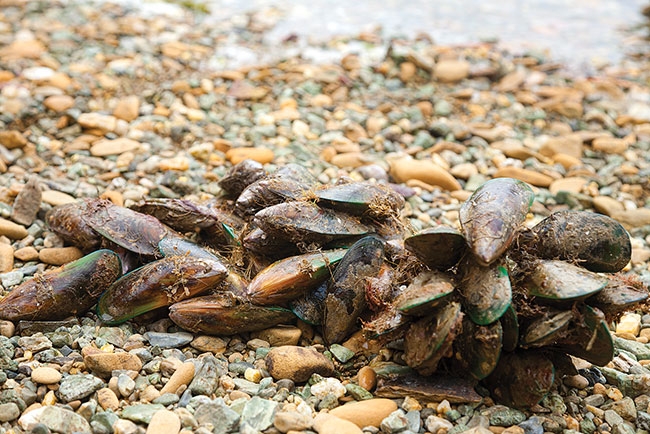 “These losses are thought to be due to the secondary settlement behavior of mussels. The causes of secondary settlement behavior in juvenile mussels are unclear but feed availability and nutritional condition of the juvenile mussels have been identified as major contributing factors,” Darrin Sanjayasari and Andrew Jeffs of the School of Biological Science at the University of Auckland in New Zealand, cited in the paper, “Ability of juvenile green-lipped mussel Perna canaliculus to filter feed on microalgae of different sizes and taxa.”

The study looked into the juvenile mussel’s filtering capabilities to improve feeding delivery using flow cytometry methods, which makes measurements of cells in solution as they pass by the instrument’s laser at rates of 10,000 cells per second or more.

The filtering capabilities of juvenile mussels of various sizes when provided with suspensions of microalgae of different sizes and taxa were determined.

It was suggested that providing microalgae of larger particle size with high quality biochemical composition might improve the efficiency of filtering and delivery of nutrition for early juveniles of green-lipped mussels in the hatchery system.

The green-lipped mussel is New Zealand’s top aquaculture product. Of its $335-million annual aquaculture earnings, about $228 million was generated from this species in 2016.