The government in Ukraine has budgeted UAH10.5 million (US$370,000) to support fish stocking of the inland water bodies for the first time in more than seven years, the deputy Agricultural Minister Maksim Martinyuk revealed in early October. 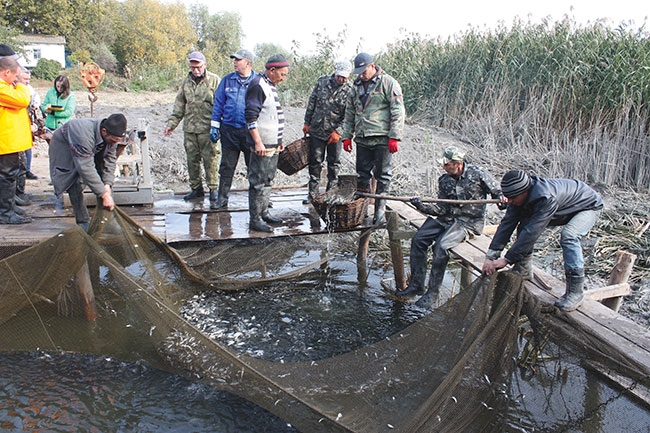 The government in Ukraine has budgeted UAH10.5 million

The financial aid will go to the two biggest hatcheries in the country, Kherson and Novokakhovsky fish complexes, to grow 600,000 European carp (Cyprinus carpio) and 5,000 jack pike (Esox) fingerlings.

The fingerlings were released in four regions, including Kiev, Zaporozhye, Mikolaev and Dnepr Oblasts, Martinyuk revealed. The state aid must be used to modernize both hatcheries, so they can meet the demand for broodstock by fish farms in Ukraine, he added.

The decision to allocate state aid has been welcomed by the top management of Novokakhovsky fish complex. In a statement released by the hatchery, it was announced the funds would be spent on purchasing special trucks needed to maintain broodstock alive during transportation.

The investment cycle on hatcheries is rather short and so the fish farming industry in the country could feel the effect from those investments really soon, Martinyuk said. Ukraine government targets to develop fish farming in the country to increase the average per capita consumption of fish products from the current 14 kg, to at least 20 kg, prescribed by the WHO standards, Martinyuk added.

Ukraine farms produced 16,000 tonnes of fish in 2017, and this figure has not changed compared to the previous year, according to the data released by the State Agency for Fisheries of Ukraine. There are several dozen hatcheries operated in the country and most of them are state-owned. In 2017, they released 44.3 million units of broodstock, an increase of four percent compared to the previous year.