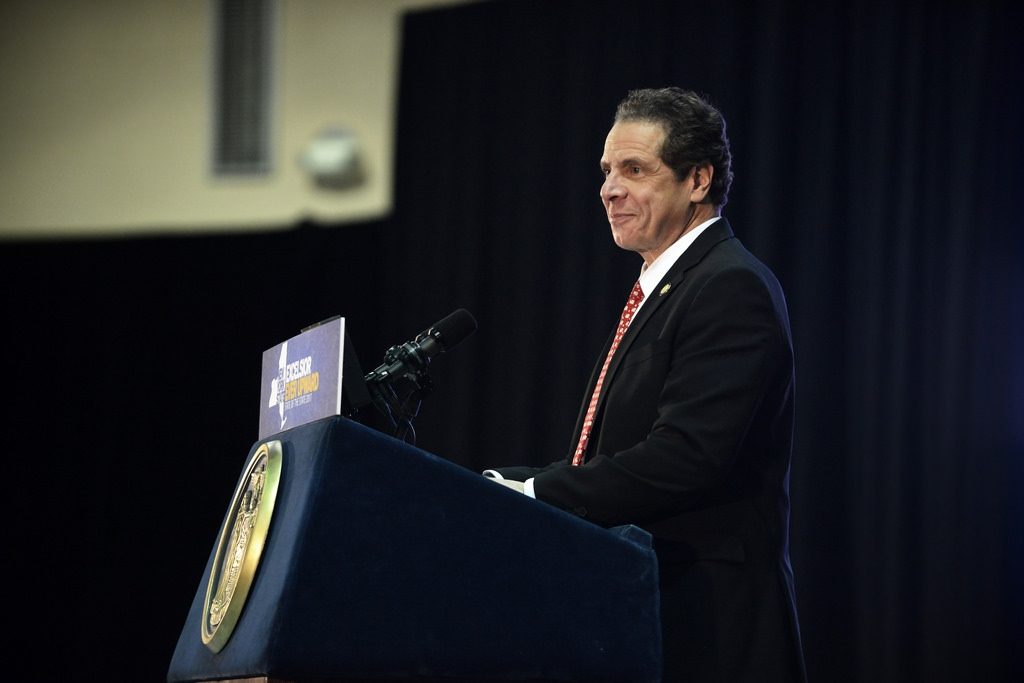 He said that the state is establishing five new sanctuary sites in Suffolk and Nassau counties to transplant seeded clams and oysters. The grant will also expand public shellfish hatcheries in those counties.

This will not only contribute to the health and abundance of the island’s shellfish stocks, says Cuomo, but also to cleaning up the waters of the bays and inlets that have been damaged by nitrogen pollution from cesspools and fertilizer washed off the land.

“We’ll be helping clean up some of the damage we’ve done,” said Cuomo in making the announcement alongside state Department of Environmental Conservation commissioner Basil Seggos, Nassau County executive Edward Mangano, and Chris Pickerell director of the marine program at the Cornell Cooperative Extension.

The governor and accompanying politicians and marine scientists were at the hatchery in Huntington Harbor to make the announcement.

Pickerell noted that by filtering the water, the bivalve mollusks remove the micro-algae whose growth has been stimulated by nitrogen and other chemicals washed in off the land, thus cleaning and clearing the water. Pollution around Long Island is acknowledged to have “decimated” the clam and oyster populations, leading to dirtier water that has often affected both shellfish – and other fish stocks.

Pickerell described how the hatchery at Huntington Harbor will produce the shellfish seed, which will then be transferred to the nursery sites, and then “concentrated” back down to the five outlying “sanctuary” sites.

The program is considered to be the largest shellfish restoration project in the US.