Aquaculture trials in the Pilbara, Kimberley, Abrolhos Islands and Cockburn Sound will be the beneficiaries of the first consignment of about 500,000 rock oyster (Saccostrea glomerata) spat, grown at the State Government’s new Albany Shellfish Hatchery. 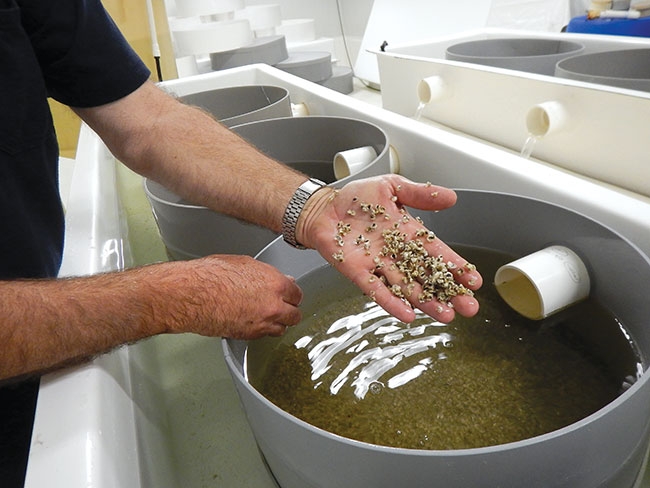 Aquaculture trials in the Pilbara

The hatchery is also working toward supplying juvenile seed stocks, known as spat, to aquaculture operations in other states.

Successful commercial-scale farming of shellfish, such as edible oysters, mussels, scallops and Akoya pearl oysters, depend on a reliable supply of very large quantities of spat.

Athair Aquaculture Pty Ltd has been appointed to operate the hatchery for three years, with an option for an additional two years.

The hatchery site was chosen for its access to exceptionally high-quality seawater from Albany’s King George Sound and existing infrastructure in Frenchman Bay, which was redeveloped and upgraded to specifically suit shellfish hatchery operations.

Western Australia’s aquaculture shellfish sectors are currently worth about $3.5 million annually, and the new hatchery in Albany is estimated to increase the sector’s value by up to $12 million within five years, Kelly added.