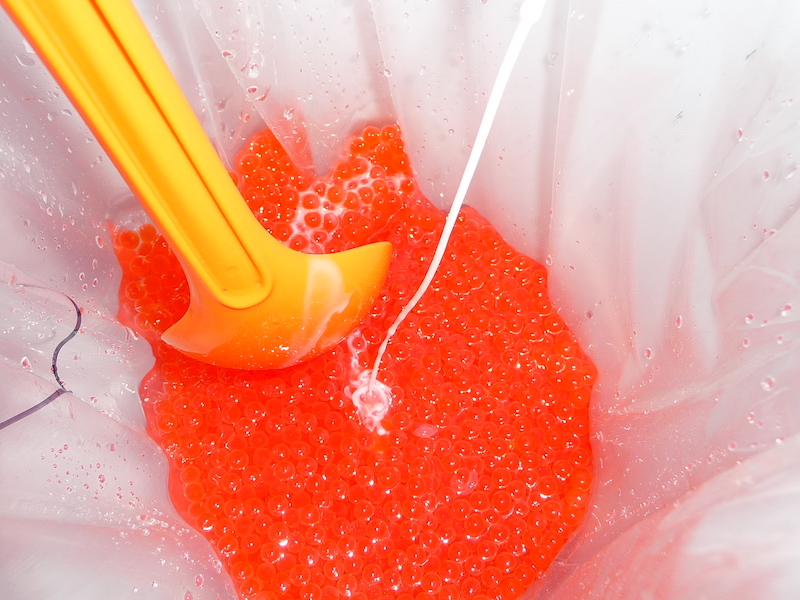 Collaboration between aquaculture scientists in Chile has led to what is being claimed as the first genomic tool for assaying whole-genome variation in coho salmon (Oncorhynchus kisutch). And an offshoot of that work by AquaGen Chile, Blue Genomics Chile and the Favet-Inbiogen University of Chile, is a genomic tool for identifying resistance to Salmon Rickettsial Syndrome (SRS), also known as Piscirickettsiosis or Coho salmon septicaemia, which for years has been a disease of serious concern to the Chilean salmon sector.

Thomas Moen, research director for AquaGen Norway, explained that the new tool to help in the development of SRS-resistant coho through selective breeding is a miniscule DNA-reading chip that uses technology developed by the Affymetrix company of San Diego, California.

Moen said the tiny chip is capable of detecting up to 220,000 molecular variations, called polymorphisms, in an individual fish’s genetic makeup. A single nucleotide polymorphism (SNP) is a variation at a single site in DNA, the most frequent type of variation in the genome. The new SNP-chip, developed specifically for coho, would help coho breeders be more precise in their selection of which fish to use to generate SRS-resistance.

Moen confirmed a statement from the scientific team saying that the work on the new genomic tool for assaying whole-genome variations – in this instance in coho – was based on whole-genome sequencing of fish from AquaGen’s coho breeding population, and that project participants, particularly within AquaGen, used earlier experiences with Atlantic salmon (Salmo salar) and rainbow trout (Oncorhynchus mykiss) in making the new chip. He noted that SNP-chips have led to new possibilities in the field of selective breeding and have also yielded ground-breaking insights into salmonid biology.

To test the chip’s ability to identify DNA markers that indicate resistance to SRS in coho, some 2,000 fish were challenged with the disease and were then assessed with the chip. Variations were noted in the markers between the fish that died soonest, those that lived longer, and those with the most resistance to the disease that survived.

The scientists said they can now analyze both pre-existing data and newly-conducted experiments to identify fish that are more resistant to SRS. The new SNP-chip will be useful for dealing with other diseases and future breeding challenges and improving overall knowledge of the species’ biology.