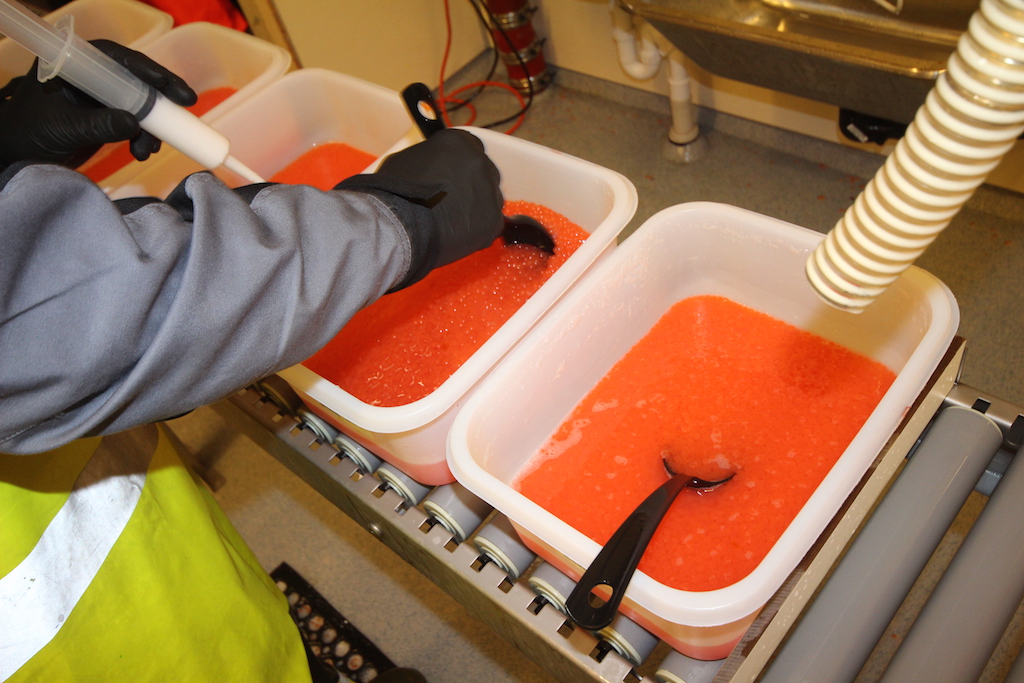 Just a year after the Nordnorsk Stamfisk (NST) hatchery in Steigen, Norway was officially opened, the board of the AquaGen-operated company has ordered the construction of Phase 2 at the facility. A statement from AquaGen says the expansion was pre-planned, in order to meet increased demand.

That happened, according to AquaGen operations manager for northern Norway, Truls Theting, to an extent and with a speed not entirely anticipated. What’s more, he said, the introduction of the egg-production program at Steigen went smoothly, almost entirely without problems, and yielded good-quality eggs.

The expansion is budgeted to cost 18 million krone ($2.2million US), and will almost double production capacity to 200 million eggs per year. Expanding the broodfish hall will raise its holding capacity from the current 4,000 to 7,000 salmon.

Theting said that part of the decision to move ahead with the expansion – slated to open in spring 2017 – is increased demand by salmon farmers wanting to produce what he termed “ecological” (organic) salmon that are more in line with salmon production in the wild. In Norway that requires a special licence, and for the fish to be produced at much lower stocking densities. This also applies to broodstock where production standards allow for a biomass of only a third of what would normally be stocked, thus requiring much more space to produce as many fish. The expansion of the broodfish capacity will make it possible to produce organic salmon eggs in northern Norway for the first time.

Theting anticipates that no changes will need to be made to the water supply. The hatchery, which is just above sea-level draws its water by gravity from a lake about 2.5 km away at an altitude of 330 metres. To date, the system has shown itself to be effective and trouble-free in supplying the hatchery with pure, cold freshwater.

“Now we need to repeat the success (of the first production season) this season,” Theting said in a company statement.

AquaGen’s announcement also notes that plans for a third construction phase are already being drawn up. That will enable the production of land-based broodfish, and so boost Steigen operation’s capacity for “off season” AquaGen eggs. “We have established a production line for eggs from land-based broodstock which currently covers the demand for this type of eggs,” says the company.

Theting said that no firm decisions have been made about Stage Three to this point.