The most effective method of gender manipulation to create all-female stocks of southern flounder uses a combination of UV irradiation to denature genetic input from male southern flounder prior to egg activation, followed by a pressure shock. 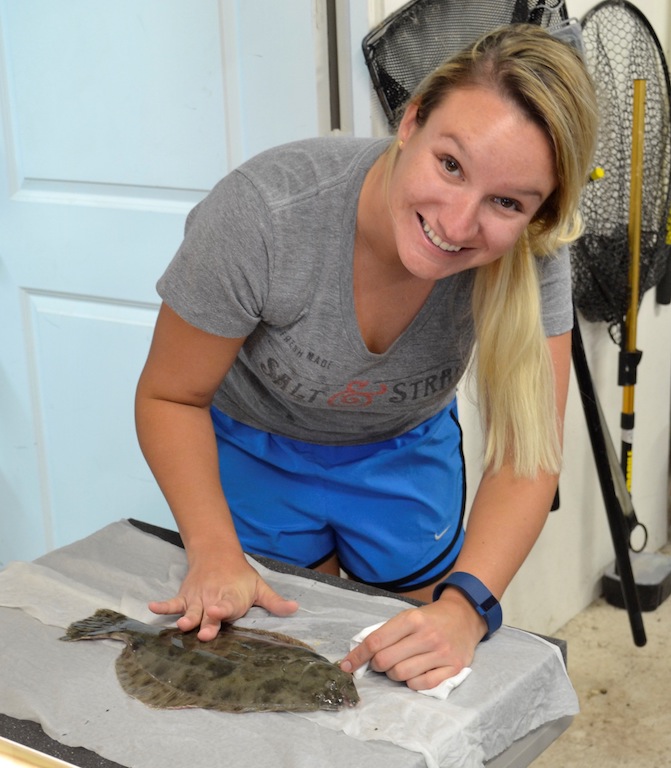 “These genetically monosex female offspring can then be gender-reversed to become functional males while remaining genetic females. The sex-reversed flounder can then be spawned with normal females to create all-female populations,” Silvy told Hatchery International.

Gender determination in southern flounder is more dependent on temperature than genetics. Due to high temperatures caused by natural and manmade reasons, gender has been skewed to as high as 16 males:1 female.

Females can spawn hundreds of thousands of eggs per year, while it only takes a single male to fertilize several females over the course of a spawning season. Thus, the greatest impact of a stock enhancement program on a wild population comes from the females. “The creation of gynogentic, gender-reversed prodigy will allow stock enhancement programs to produce and stock a greater number of females,” she said.

Induction of triploidy using pressure shock is another method to improve growth of southern flounder. Triploids still exhibit male or female characteristics, but because they have three sets of chromosomes they are sterile and do not expend a great deal of energy or nutrients on reproduction that are instead directed toward growth.

Two study controls were also used. One used normal gametes and the other irradiated sperm to ensure the UV irradiation process worked.

While studies on gender manipulation had been done before, this is the first time different methods had been used side-by-side on one species.

The benefits of the stock enhancement programs are far-reaching. “In the case of benefits to either the aquaculture producers or commercial fishermen, the end result is that consumers will benefit through increased market availability of southern flounder and potentially reduced prices,” she said.

Foodfish aquaculture was a major consideration for the studies.

The male southern flounder is slow to grow, taking several years to reach 12 to 14 inches. In culture, it may never reach the minimum market size of 1 pound, and if it does, it may require two to three years. This results in a long period of no cash flow for the producer.