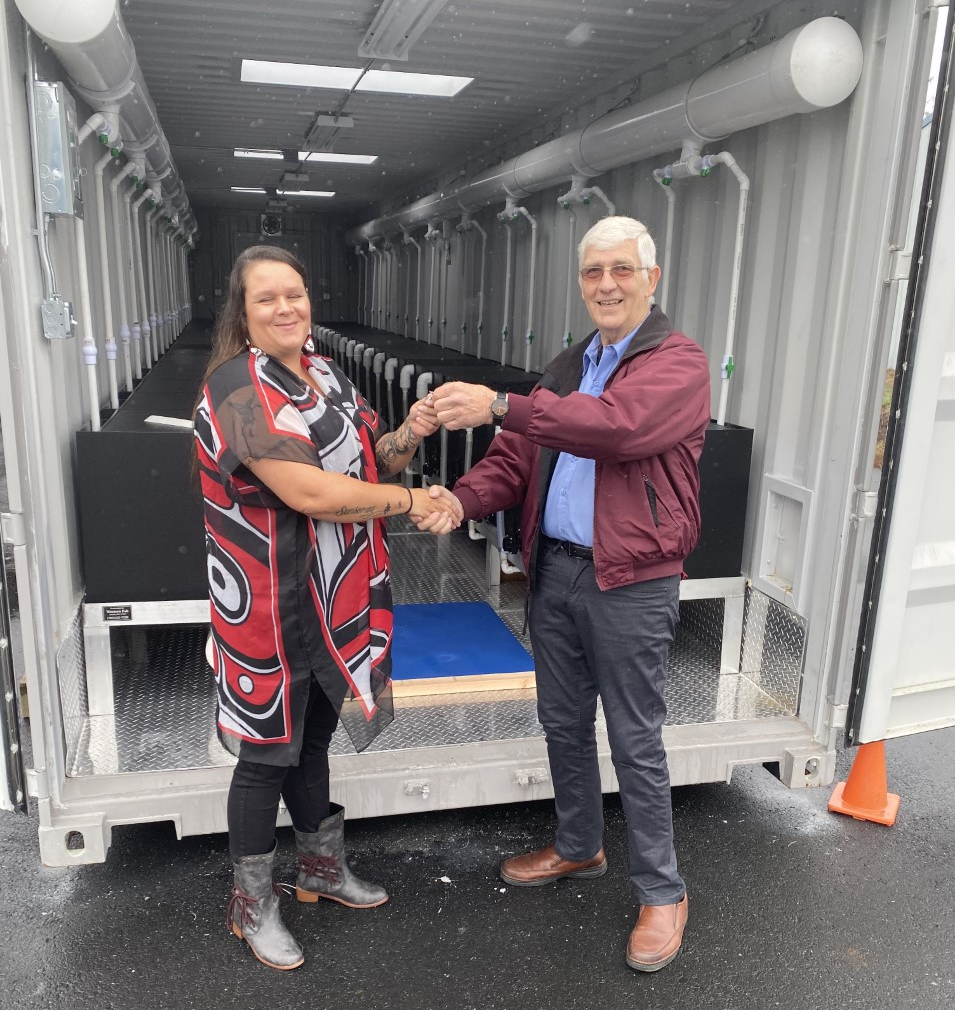 The idea was hatched when the Skokomish Indian Tribe realized that their Enatai Creek Hatchery in Hood Canal, Washington, USA, had no room left to expand.

Hatchery manager Robert Blankenship and his team wanted to increase the production of their 3.5 million Fall Chum eggs to 5 million as part of the Governor’s Orca Task Force to benefit the Southern Resident Killer Whales.

The funds were already secured through the Bureau of Indian Affairs’ Hatchery Reform Project but renovations of the 50-year-old structure would still leave little space for added egg incubation and fish culture areas.

Redd zone president Tod Jones proposed the idea of an “instant hatchery” that could be built alongside the existing building. Together with Blankenship, lead fisheries technician Richard Adams Jr. and fisheries technician Jenna Adams, the team drew up conceptual plans of building “Best Fry” incubators in a 40-foot shipping container.

Skylights, electrical, lighting and ventilation were all installed in Redd Zone’s Astoria, Oregon, facility. A diamond plate floor was welded onto the floor while overhead water lines were installed overhead. Effluent plumbing was installed, then 36 “Best Fry” “Swim Out” incubators were installed. The whole build took less than three weeks before it was installed at the hatchery.

“The concept has been a cost saver and provided a facility capable of incubating 5.4 million eggs,” said a Redd Zone spokesman in a statement. “Robert and his staff are really looking forward to a more efficient way of incubating eggs and producing healthier fry and increasing overall survival rates in the clean new environment.”