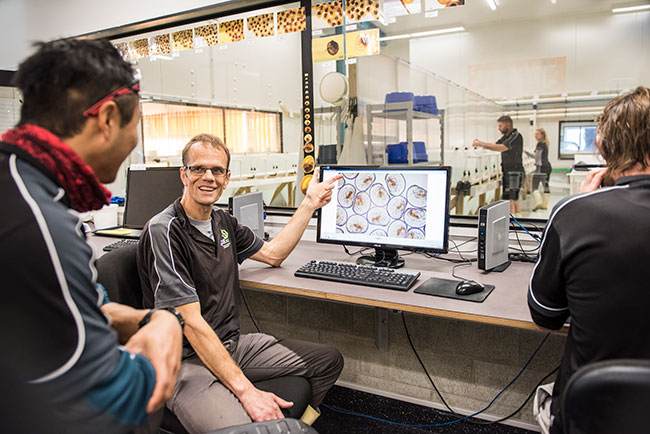 SPATnz program manager Rodney Roberts says that in addition to the obvious benefits of a quick grow-out time, less time growing means less exposure to fouling and an increase in crop per meter.

Greenshell mussels (Perna Canaliculus) reared in a hatchery can grow up to twice as fast as their wild counterparts. This was the conclusion of a multiyear breeding program conducted by Shellfish Production and Technology New Zealand (SPATnz), a research company in Nelson, New Zealand.

The study, the result of a seven-year partnership between SPATnz’s parent company Sanford, the Cawthron Institute, and New Zealand’s Ministry for Primary Industry, shows mussels taking an average of 16.7 months to grow from seed to harvest size, almost a year shorter than wild-caught.

Program manager Rodney Roberts said the mussels were raised in Marlborough, where most of the country’s mussels are grown, in order to experience typical production conditions.

“They were established across 10 sites in Marlborough, and the sites ranged from very poor to very good growing sites,” said Roberts. “The benefit of hatchery mussels was similar across all of the growing sites.”

Growth rates of three selectively bred hatchery mussel strains were compared to wild-caught from Golden Bay and Kaitaia. The quickest hatchery strain halved the growing time of Kaitaia mussels, which are the main source for the industry.

Assuming that mussels with less growing time would result in 35 percent more product being grown from existing space by 2026, business research firm BERL predicts the finding could result in a roughly $200 million windfall for the New Zealand economy. 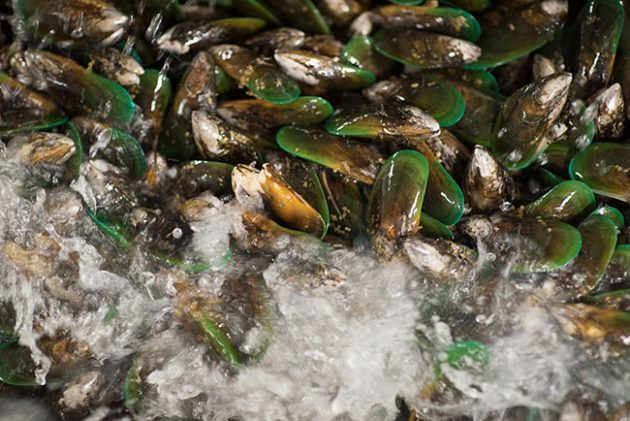 A selective breeding program for New Zealand greenshell mussels has resulted in mussels that can grow up to twice as fast as wild caught.

“It shortens grow-out times markedly, especially compared to mussels from the predominant wild spat source in the Far North of New Zealand,” said Roberts. “Faster growth has other benefits that we didn’t anticipate, like an increase in crop per metre and less fouling on the shells.”

In a news release, Sanford CEO Volker Kuntzsch said the breeding program’s results would be a great step towards the New Zealand government’s ambitious goal of $3 billion in aquaculture sales by 2035. He also touted the environmental benefits of the research, saying that the program would help mitigate the impacts of climate change on the country’s aquaculture sector.

Roberts noted that the BERL estimate is based on the benefits of selectively bred mussels; it does not include the potential growth that would be unlocked by having a scalable spat supply.

Sanford is already distributing the mussels to the dozens of companies that supply them mussels for processing. Roberts said the company is not currently looking at selling either their spat or technology to overseas markets.