Coleman National Fish Hatchery is a lifeline for local salmon and trout. 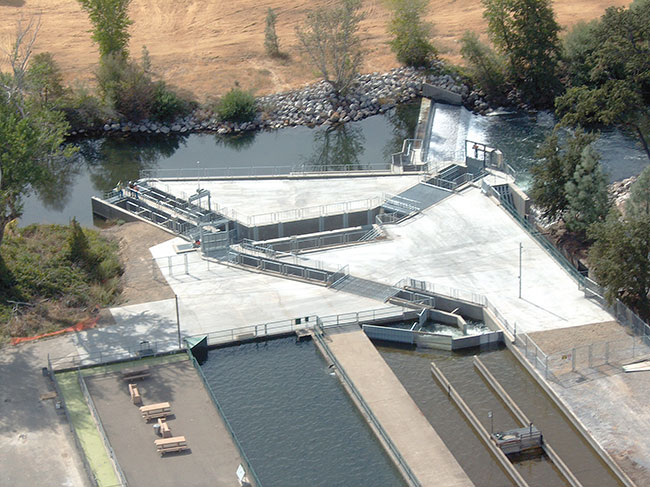 When Federal Fish and Wildlife opened the Coleman National Fish Hatchery on Sept. 25, 1942, it was a lifeline for local salmon and trout.

“The hatchery was constructed to partially mitigate the effects of Shasta Dam, which blocked approximately 50 per cent of the Chinook salmon and steelhead spawning and rearing habitats in the upper reaches of the Sacramento, Pit, and McCloud rivers,” said Brett Galyean, project leader at Coleman National Fish Hatchery.

Battle Creek provides surface water supply for the hatchery. The creek’s discharge is regulated above the hatchery by four small power plants, and several small reservoirs and diversions. To the north and south of the hatchery lie the rolling foothills of the Cascade Range, with peaks ranging from 1,000 to 2,700 feet.

The hatchery covers approximately 75 acres of land owned by the federal government. An additional 63 acres of land are in perpetual easements for water delivery pipelines and access.

Fish ladders are common at most salmonid hatcheries and are crowd pleasers for tour groups. 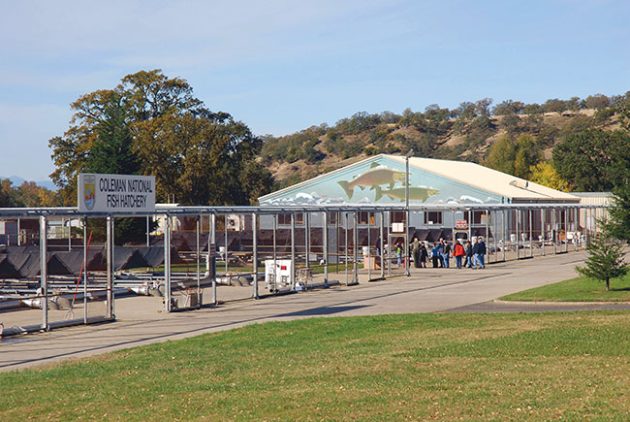 It is not built specifically for the salmon; it can be used for different species. Other non-salmonids, like lamprey and suckers, can migrate through the Coleman NFH fish ladder.

The fish ladder is important because it connects Coleman National Fish Hatchery to Battle Creek and is the avenue by which adult salmon swim into the outside holding ponds. The fish ladder at Coleman NFH was redesigned in 2009-2010 allowing the hatchery to collect adult salmon broodstock between the months of October to June.

When the hatchery is not collecting adult broodstock, the fish ladder can be modified to allow anadromous salmonid and other native fish access around the barrier weir at the hatchery, to continue their migration into upper Battle Creek.

The runs of salmon are named when the adults enter freshwater from the ocean to begin their migration back to their natal stream or river (a.k.a. the stream or river where they were born).

In addition to maneuvering through the ladders, Galyean said there are predators lurking.

“As juvenile fish and through the adult stage, salmon are both prey and predators throughout their life cycle,” he said. “In order to minimize predation on the salmon that are released from Coleman NFH, we try to coordinate our hatchery releases with storm events, higher water flows, and increased water turbidity. All of these factors would aid the salmon in their outmigration survival.” 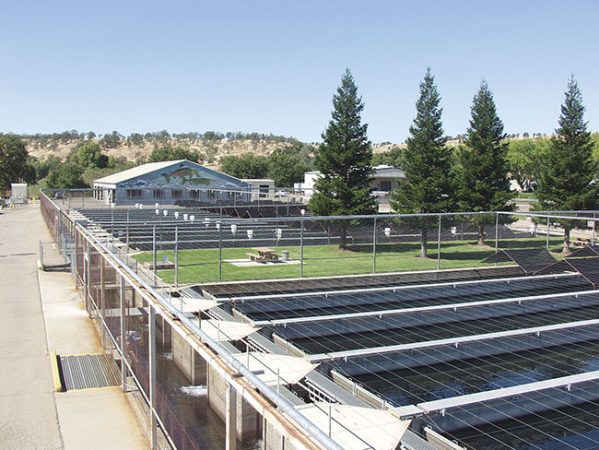 The number of salmon released today has not changed in the last five years. However, the hatchery has added additional research projects and programs, such as 360,000 fall Chinook salmon as part of an off-site research study, two million fall Chinook un-fed fry release project, and a “jump start” reintroduction program of 240,000 winter Chinook salmon into Battle Creek.

On the third Saturday in October each year, Coleman National Fish Hatchery celebrates the annual Return of the Salmon Festival. This festival has been celebrated at the hatchery since 1991 in an effort to increase outreach and visitor use; during this one day festival thousands of people visit the hatchery. Visitors can view the hatchery’s salmon spawning operation and salmon aquarium welcome the salmon back at the free event.

There are challenges facing all the national fish hatcheries. Galyean said the biggest challenge facing Coleman NFH is securing a reliable cold water source while minimizing hatchery impacts on winter and spring Chinook salmon reintroductions in Battle Creek. (The hatchery is located on Battle Creek, which is a tributary of the Sacramento River).

Galyean said one challenge is looming. California’s drought has played a large role in the growth of salmon.

“The drought has impacted every aspect of how fish are raised at Coleman NFH,” he said. “The impact is felt from collecting adult salmon, to rearing conditions for juvenile salmon in raceways, having suitable water conditions in order to tag and mark the juvenile salmon, to coordinating fish releases with storm events.”

When drought comes to California, it is a dire warning as fish engage in a struggle to survive. Less rain and snow means a drop in water quality, warmer water and less streamflow, leading to increased disease and predation for many species.