Features Research
CHILE – first out the gate with toothfish 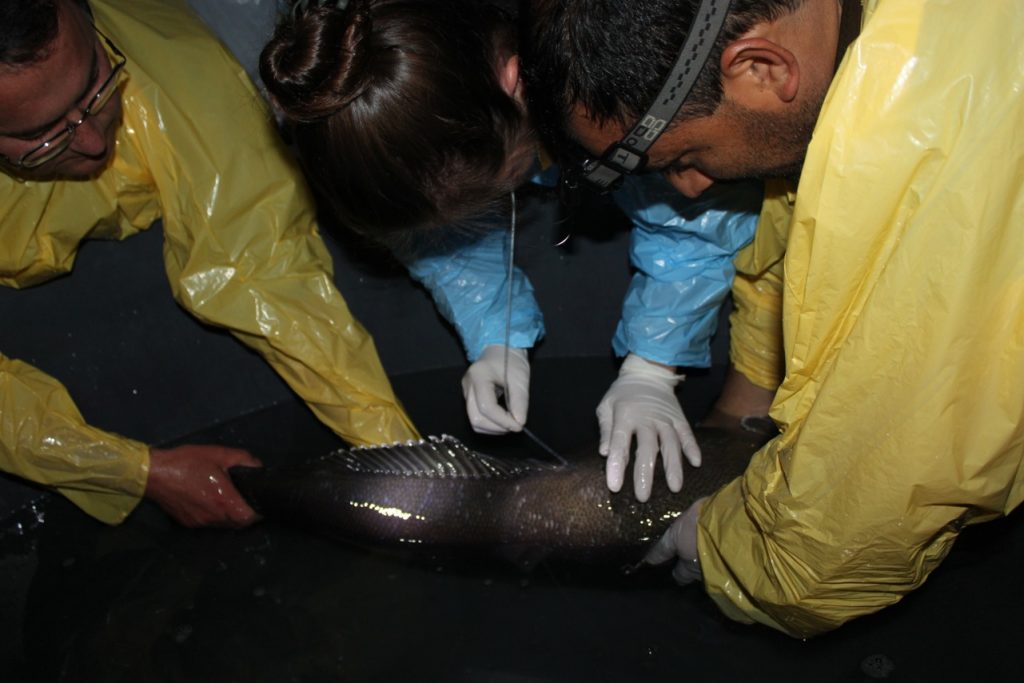 A team of scientists and technicians at Chile’s Education Corporation La Araucana achieved first spawning of Patagonian toothfish (Dissostichus eleginoides) last November and hope to establish technology and protocols to develop an aquaculture fishery for the species.

Under the direction of project manager Alberto Reyes the effort, launched in 2008, plans to raise the juvenile specimens until they reach a commercial weight of about 7 kg in a span of a little over three years. After various analyses and cost-benefit assessments, the team recommends that grow-out should be performed on land.

“In late 2012 two females laid their eggs in tanks. The eggs collected were fertilized with milt we got from just one single male,” Reyes told Hatchery International. “These three were the only fish that completed gametogenesis in tanks so far; other fish started but reverted in the process.” At this time, the broodstock comprises over 55 fish – 80% females, Reyes added.

Wild Patagonian toothfish live in cold waters up to 1,200 m deep, an environment that had to be replicated in the hatchery. Researchers say that the first challenge was to form a broodstock that had to acclimatize to life on the surface. During the first catches, many wild specimens died.

“Our broodstock is composed by wild fish collected from 850 to 1200 meters in depth. Five years after capture, fish enter into maturity – with growth ranging from 2.5 to 17 kg,” explained Reyes. “The first group of juveniles we produced started incubation early December 2012. Those fish are now ranging from 17 to 59 grams (29 gr on average).”

“Most of the work is based at La Araucana’s hatchery located in Chinquihue (10 km from Puerto Montt),” Reyes said. “Other activities are carried out in Quillaipe where the broodstock is maintained in Fundación Chile’s facility.”

The plan now is to concentrate all the fish in the Chinquihue facility over the next couple months as soon as a new broodstock room, currently under construction, is completed.

“Chinquihue is a very small hatchery facility, provided with a water recirculation system,” Reyes explained. “The current configuration of the system has been modified and redesigned many times according to experimental results, progress and species requirements.”

The first stage of the project involved the creation of a set of reproducers from juvenile specimens and pre-reproducers caught in the wild. These animals were adjusted to the conditions in captivity and fattened in ponds until they reached breeding size, Reyes explained.

The project is now in the second stage, where Reyes’s team are fattening up the juveniles to breeding size and working on completing the construction of the broodstock room. Then the transfer of the fish to combine both operations will take place over the fall.

“To carry out the project La Araucana (CELA) has established a wide working network including at least five local universities, six private companies and a selected group of international experts,” Reyes added.