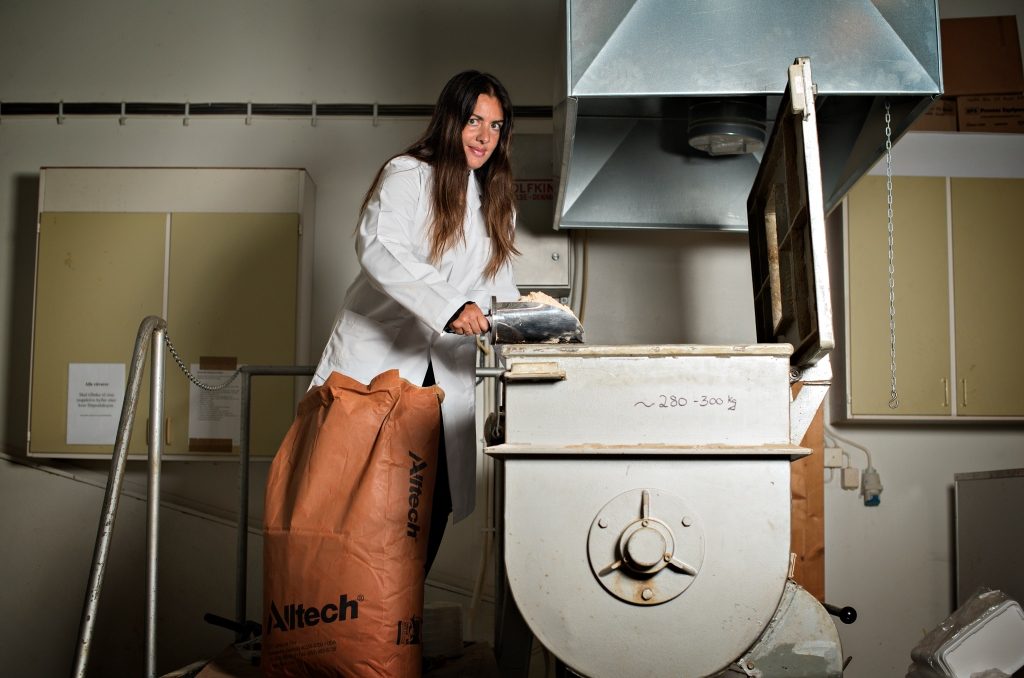 Experiments at the Nofima research institute in Norway have shown that a type of algae known as “heterotrophic algae” can fully replace fish oil in feed used for juvenile salmon.

Experiments at the Nofima research institute in Norway have shown that a type of algae known as “heterotrophic algae” can fully replace fish oil in feed used for juvenile salmon.

“We need further sources of omega-3, and heterotrophic algae are one of very few real possibilities at the moment. The algae meal that we have tested contains nutrients that salmon need. We have managed to release and preserve the important nutrients through the process of manufacturing the feed, and this is a necessary condition for the use of this ingredient,” says scientist Katerina Kousoulaki.

Kousoulaki works at the food research institute Nofima and together with colleagues and the Feed Technology Centre in Bergen, has tested algae meal from heterotrophic algae in the feed of juvenile farmed salmon.

Nofima has been commissioned by the feed company Alltech to test one of its algae meals.

As good as fish oil

Nofima has tested how the algae meal affects salmon health, performance, and nutrition.

The normal content of fish oil in commercial feed is around 11%. The meal was added to salmon feed at levels of 0 (control), 1%, 6% and 15% of the feed. The amount of fish oil in the feed was correspondingly reduced, from 15% to 0%. Hence the feed with 15% algae meal contained no fish oil. The alga-based feed was given to small salmon weighing approximately 200 grams in ponds for 12 weeks. All fish had more than tripled their weight at the end of this period, irrespective of the feed they had received.

The salmon increased their intake of food when it contained algae, which suggests that the algae does not inhibit appetite.

Nofima has also studied whether the algae meal is suitable for ensuring a high technical fillet quality of the salmon.

The algae meal has a high content of short-chain saturated fatty acids, and it is precisely these fatty acids that make palm oil suitable as a technical stabilizer in fish feed. Thus, the composition of the fat in this algae meal makes it unnecessary to use palm oil as a stabilizer.

Nofima is now continuing optimizing the algae meal in feed and improving the way in which it is processed. The algae meal is also to be tested in trials as a possible whole-life feed for salmon.