Agricultural by-products, usually cast off as end-of-use materials, are increasingly finding their way into the loop of the circular economy. They are placed back in the production line, regaining value while minimizing the generation of waste, and serving as alternative ingredients in aquafeed. 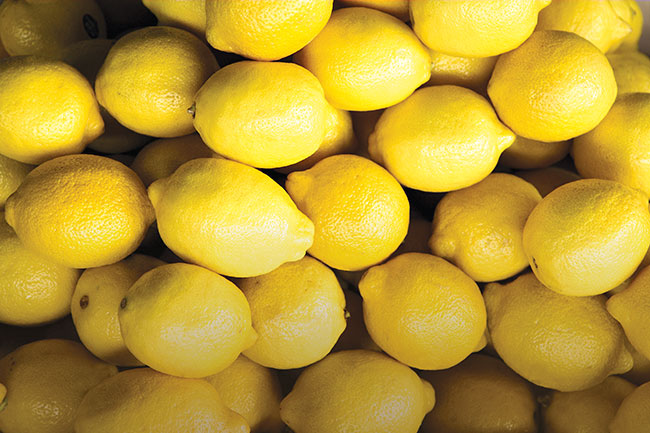 Squeezing lemon for all its worth? Peels may be used in fish diet. Photo: ASADAL, Inc.

Lemon is primarily used for juice production. Only 20 to 30 per cent of the fruit produces juice, leaving 50 to 60 per cent as waste material, which is mainly the lemon peel. Between 2020 and 2021, the projected global lemon production is 8.4 million tons. This gives an idea of the magnitude of waste generated by the industry.

A percentage of this ends up in the dumpsites, while a certain volume of the remaining waste gets valorized and is kept in the production line which consequently, contributes to environmental protection. Lemon peel is used in livestock feed, fertilizer, pectin extraction, bioethanol, and essential oil extraction, among others.

Fermented lemon peels in Taiwan
In Taiwan, lemon peel looped its way into the agricultural circular economy as a fishmeal replacement in aquafeed. The potential was demonstrated in the study, “Effects of fermented lemon peel supplementation in diet on growth, immune responses, and intestinal morphology of Asian sea bass, Lates calcarifer”, published in Aquaculture Reports.

“Our study clearly demonstrated that the agricultural waste, lemon peel, has the potential to serve as a functional feed additive in aquafeed. Diets supplemented with one to three per cent fermented lemon peel may significantly improve intestinal health of the Asian sea bass. However, five per cent supplementation of fermented lemon peels may lead to low immune response and high oxidative stress,” said author Li-Chao Zhuo et al.

Final weight, weight gain, feed intake, and survival were similar among all dietary treatments, indicating that none of the dietary fermented lemon peel supplementation levels had a negative effect on the weight gain on Asian sea bass. Juvenile Asian sea bass in recirculating aquaculture system (RAS) rearing tanks were given feeding trials of experimental diets for eight weeks.

Lemon peel was fermented in Lactobacillus plantarum in order to mitigate negative impacts on fish growth. Lemon peel fiber content is about 15 per cent and poses as a potential negative factor as a feed additive. The fermentation process may be useful in lowering the fibre content.

Lemon is anti-inflammatory and anti-microbial, and has immunomodulatory, anti-oxidative and hepato-protective properties. Its bio-components could provide a variety of beneficial effects, they said.

The authors cited the necessity to replace fish meal in aquafeeds with other protein sources that are less expensive and more sustainable. In addition to meeting these requirements, soybean “provides an acceptable amino acid profile compared with other plant protein sources”. There is a caveat though for carnivorous fish, such as the Asia sea bass.

Previous studies have demonstrated that intestinal damage, growth reduction, and an increase in liver oxidative levels may occur in carnivorous fish fed with diets containing soybean meal. “Hence, we established the effects of fermented lemon peel supplementation in a diet with soybean meal on growth performance, non-specific immunity, and intestine histology of Asian sea bass, which is one of the more important farmed fish species in Asia and around the world,” they said. 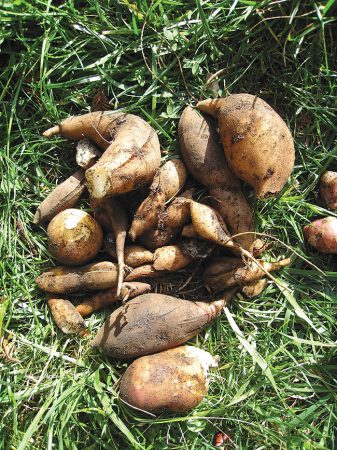 “Recently, new uses for fruit and vegetable by-products have been explored to capitalize on beneficial components such as bioactive compounds, macronutrients, and phytochemicals. Fruit and vegetable juice processing by-products have high potential as alternatives to synthetic antibiotics and antioxidants in fish feed because they are substantially cheaper and more stable than other feed additives and contain vitamins, peptides, and minerals,” the authors explained.

Results showed that supplementation of by-product from yacon, ginger and garlic juice processing increased growth performance and improved the non-specific immunity and antioxidant ability of rockfish. In the challenge test, fish were artificially infected with V. harveyi. Ten days post-infection, the survival rate of fish fed a controlled diet was significantly lower than that of fish fed with experimental diets.

Other by-products used the in the experiment were blueberry, tomato and onion. All by-products were dried, grounded into fine powder and frozen. The experimental diets used one per cent powder and was included at the expense of an equal amount of wheat flour.

After drying, these were ground into a fine powder and frozen. For the experimental diets, one per cent plant juice processing by-product powder was included at the expense of an equal amount of wheat flour.

Rockfish is very popular in South Korea and importation figures provide a quick indication. In 2019, rockfish imports were at 10,092 megatons (Mt), which grew to 12,310 Mt in 2020. In the same year, South Korea was ranked third in terms of rockfish importation, accounting for a share of almost eight per cent of global trade.

Black rockfish is cultured in the country. Some see intensive culture practices as the method to keep up with the very high demand. Along with the stressful conditions, the rearing environment may lead to high mortality rates, immune system depression, high stress-related disease occurrence, and reduced growth.