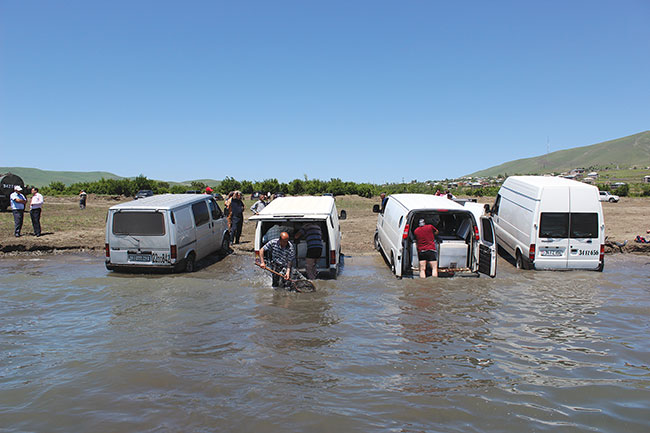 Ukraine resumes recreational campaign despite all odds. Photos: Foundation for Restoration of Sevan Trout Stocks and Development for Aquaculture)

Several thousands of sterlet (Acipenser ruthenus) fry have been released into the Dniester River in the Chernivtsi region of Ukraine, the Ukrainian Environmental Ministry said in a statement on its Facebook page on April 9. This is the first time the Ukrainian hatcheries resumed. The recreational campaign suspended across the country with the beginning of the Russian invasion on Feb. 24.

Stocking has been carried out near the village of Doroshivtsi, in the Middle Dniester basin. Authorities explained that the sterlet population in the river was endangered by a mix of factors.

“The artificial breeding of sterlet is important because due to the construction and operation of hydroelectric power stations on the Dniester River, the population has lost the opportunity to migrate,” the Ministry said, explaining that fish migration used to ensure the “exchange of genetic material and the maintenance of fish population’s homeostasis”.

The freshwater sterlet in the Dniester River is protected by the Red Data Book of Ukraine, the Berne and Bon Conventions, CITES, the IUCN Red List, and the European Red List. In Ukraine, the sterlet in small numbers dwells in the lower reaches of the Danube, in the basin of the Middle and Upper Dniester, and is very rare in the Dnieper basin. 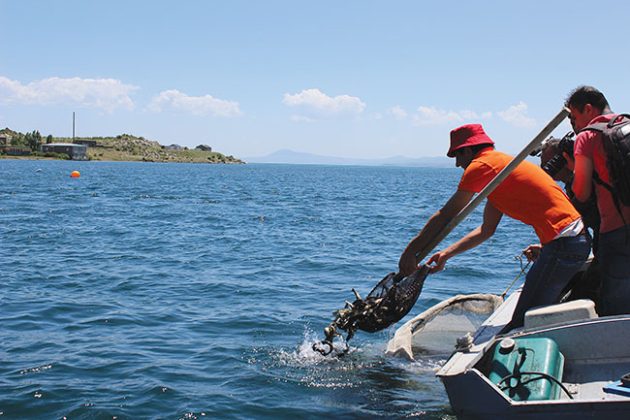 Ukraine resumes recreational campaign despite all odds. Photos: Foundation for Restoration of Sevan Trout Stocks and Development for Aquaculture

Fry launched into the Dniester were grown at the local Ishkhan hatchery. Chernivtsi region is a part of Western Ukraine. So far, it has been spared by the war, as most fights have been taking place in the eastern and southern regions.

The Ukraine environmental-protecting organization EcoPolicy also confirmed plans to release 2 million units of carp (Cyprinus carpio) and silver carp (Hypophthalmichthys molitrix) fry into the Dnieper River originally rolled out before the war. This task is likely to be risky since the Dnieper region is bordering with Donetsk region, which has reportedly been declared the primary target of the Russian invasion.

As explained by Irina Ponikarova, director of the Department of Ecology and Natural Resources of the Dnipropetrovsk Regional State Administration, stocking Dniepr with carp was called not only to restore the fish population in the river but also to prevent the river from flowering. This task is laid upon several local hatcheries.

She explained that fish consume underwater parts of plants, algae, and microorganisms, thus filtering and purifying water. The Ukraine authorities put a lot of effort to improve the ecological situation in Dniepr. The National Academy of Science forecasted that due to pollution by chemicals the Dnieper river in 300 years can turn into a desert.