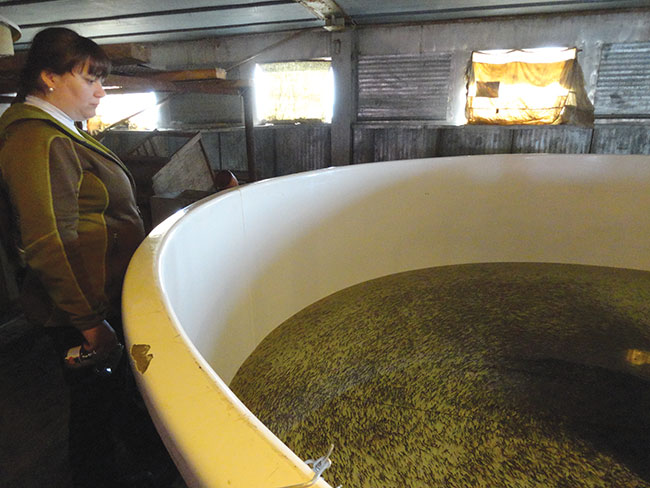 Russian salmon (Salmo) and trout (Salmo trutta trutta) producers in the North-West federal district may stop operation as the import of feed and broodstock has been disrupted by sanctions.

Fish farming in the Karelia Republic is in danger as the available stocks of feed is enough to maintain operation for only two months, said Vladimir Labinov, Minister of Agriculture and Fisheries of Karelia.

“Karelia has faced a shortage of feed due to sanctions. The region needs 50,000 tonnes of fish feed per year, of which 85 per cent traditionally was imported. The main suppliers are Norway, Denmark, and Finland”, Labinov said, adding that these companies pulled out of the contracts with the Russian fish farmers.

On the other hand, Russian companies would not be able to meet domestic needs. The Karelian Fish Plants Group of Companies, the only major producer of fish feed in this part of the country, is ready to increase its capacity only to 8,000 tonnes per year.

“Under the technological cycle, the active phase of feeding begins at the end of May,” Labinov said, adding that there is not much time to source feed. “We consider imports from Belarus. There are operational facilities, but they lack raw materials – fishmeal.”

Russian fish farmers have appealed to the federal agency for fisheries Rosrybolovstvo to consider establishing alternative supply routes, including through Turkey and Iran.

Fish farmers also experience a shortage of broodstock and equipment, but the absence of feed is a more pressing issue and needed to be solved quickly.

As explained by Stanislav Bazhulin, director of Lafor Managing Company LLC, a trout producer in Karelia, the problem with the shortage of feed is alarming.

“Before [the Russian invasion of Ukraine], we used to purchase hundreds of tonnes of fish feed from Coppens, Skretting, Raisio during the feeding season, from April to October, and it cost us €1.6 to €1.7 per kilogram,” Bazhulin said.

Russian factories fail to boast regular quality, Bazhulin said, explaining that the quality of feed varies from batch to batch. Besides, the price tends to be higher compared to European products.

“We are open for dialogue with everyone we send requests all over the world – from Vietnam and China to Spain and France. There are no specifics, only preliminary results. We are looking towards China, Iran, Turkey,” he added.

Russia imports red fish from Turkey, Chile, and the Faroe Islands, but locally grown fish accounts for around 80 per cent of domestic consumption. Having the production disrupted, Russia may see an unprecedented shortage of salmon and trout. Currently, there are 67 trout farms in the Karelia Republic, with a production capacity close to 36,000 tonnes per year.