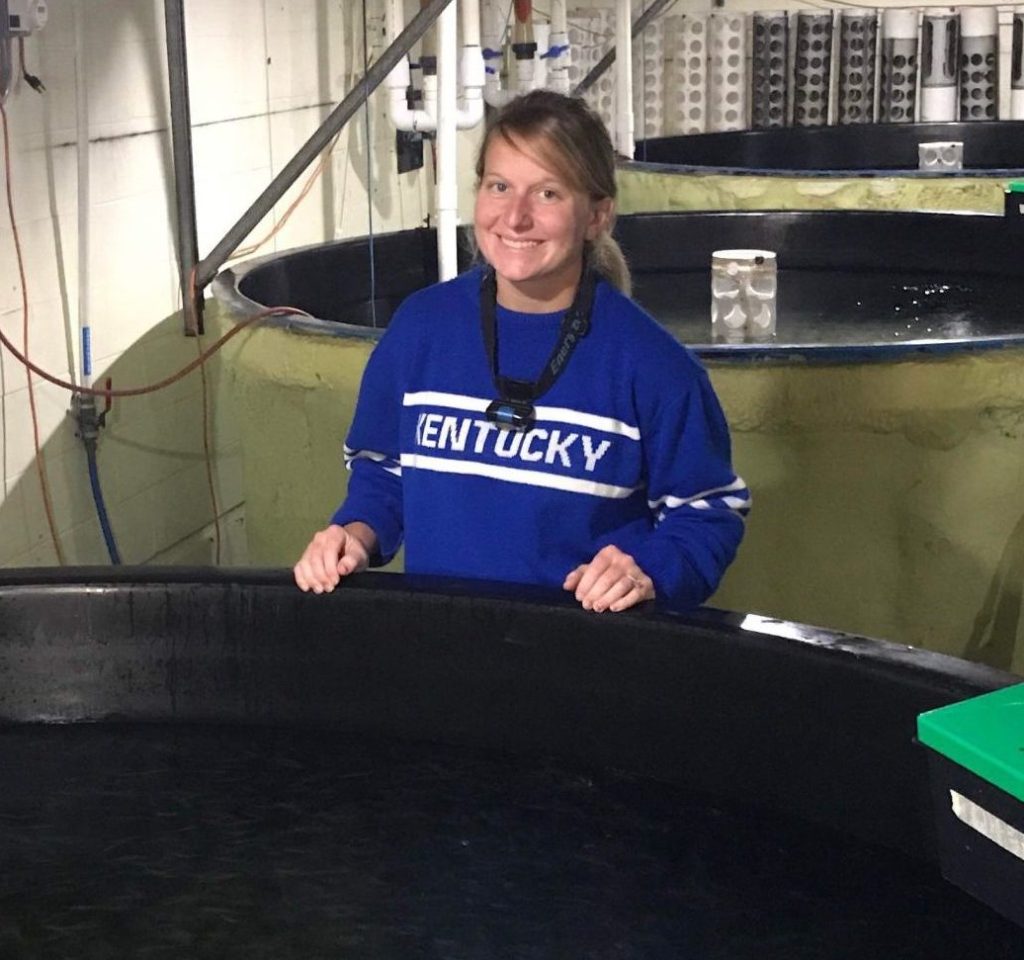 Megan Sorby loves the world of aquaculture because there is always something new to learn. Any given day at Kingfish Maine, she gets to be a biologist, a plumber, a chemist and an engineer. She loves the challenge of improving operations efficiency, increasing survival rates and learning about new technology. 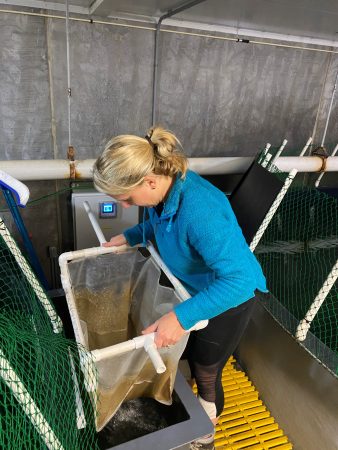 No two days are the same, she says. “I am never finished learning,” says Sorby, 34. “Because of the rapid growth in the sector, there is always something new to understand, whether that be a species, a procedure, or a system design or component. It is important to always stay curious.”

Sorby likes to seek out a challenge. In her 12 years, she has worked with land-based barramundi in Massachusetts, sablefish fingerlings in Washington, then at a sablefish farm in British Columbia. In her previous role, she was recognized at the 15th Annual B.C. Aquaculture Achievement Awards for her “outstanding managers performance.”

Now, she takes on a new challenge with her husband and co-founder Tom Sorby, developing one of the largest RAS hatcheries and grow-out facilities for yellowtail kingfish in the U.S. They have partnered with The Kingfish Company in the Netherlands to bring their combined aquaculture expertise to build a state-of-the-art facility in Jonesport, Maine.

It is the first land-based farm to receive Best Aquaculture Practices certification and the first Aquaculture Stewardship Council certified source of yellowtail kingfish. The facility is projected to produce 6,000 to 8,000 tons annually. “It is great to see so much growth in RAS in the U.S.,” says Sorby. “We have been really behind the curve of the rest of the world, so it is awesome to see interest and momentum picking up here.”