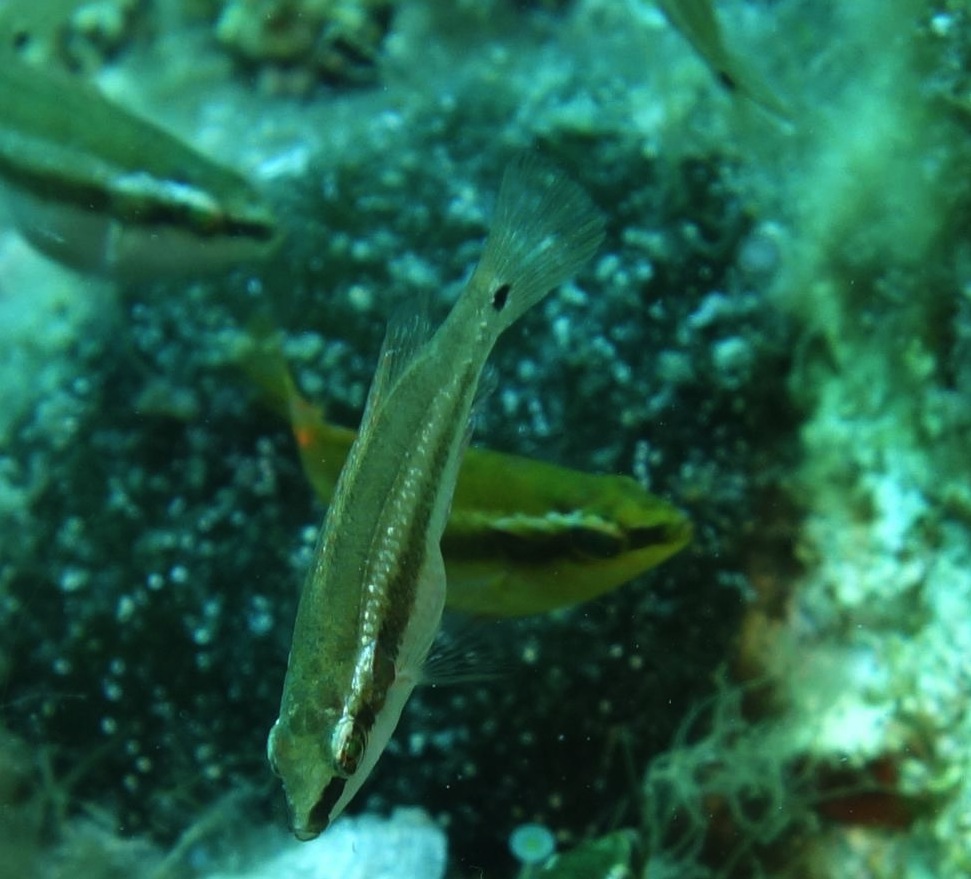 In a study of wrasse

in trials by scientists at Santa Cruz University in California.

The fish involved are ocellated wrasse, a species which is native to the eastern Atlantic Ocean but also seen throughout the Mediterranean, the Black Sea and the Sea of Azov. The female of the species lays her eggs in nests prepared by nest-tending males, who also take care of the fertilized eggs as they develop.

Once laid, however, the eggs are also prey to being fertilized by so-called “sneaker” males which hang out around the nest and move in to release large amounts of sperm when a female is spawning.

The key discovery by the Santa Cruz team is that to increase the chances of her eggs being fertilized by nest-tending males, rather than sneaker males, the ocellated wrasse female also releases an ovarian fluid during spawning which has the effect of assisting, or favouring, the sperm from the nest-tenders.

give them a better chance to fertilize the eggs,” said Suzanne Alonzo, professor of ecology and evolutionary biology at UC Santa Cruz. “There is something in the ovarian fluid, however, which removes that advantage.”

Using petri dishes with and without the identified ovarian fluid, Professor Alonzo and her colleagues ran trials to study the comparative effect on sperm progress between the two competing male groups.

This led to the conclusion that while nesting males produce less sperm than sneaker males, the nesting version progresses more rapidly towards its target, thanks to the ovarian fluid tipping the balance towards sperm quality over quantity. As a result, the sperm from nesting males moves fast and straight to fertilize the waiting eggs, a fact which more than overcomes the numbers advantage held by sperm from the sneaker males.

Another discovery point which suggests the fluid development may also have a genetic base, in evolutionary terms, is that the nesting males are older and grow more quickly as juveniles than sneaker males.

“We know that the nesting males grow faster and have survived into their second year, so if either of those has a genetic basis it makes sense that females would prefer their offspring to carry those genes,” said Prof. Alonzo.

Following on from their work at Santa Cruz, the research team told Hatchery International that they are currently looking at various plans to continue their investigations.

“First, we are exploring additional mechanisms in the ocellated wrasse to determine how and what components of the ovarian fluid affect fertilization,” said Prof. Alonzo.

“We’re also looking to see whether other species exhibit the same potential for cryptic female choice and, if so, what mechanisms they use.”

She also commented that the selection traits which her team had discovered in relation to ocellated wrasse could certainly apply to other fish species, with previous studies based on salmon clearly being worth revisiting.

Co-authors with Professor Alonzo of a scientific paper on their findings are Kelly Stiver of Southern Connecticut State University and Susan Marsh-Rollo of UC Santa Cruz. The work was supported by the National Science Foundation.